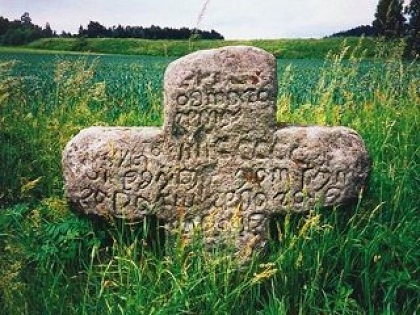 Lots of mysterious legends and myths have sprung up throughout the centuries on German lands. All of these fairy-tales and true stories have influenced German culture – art and literature – and enriched German history by portraying German streets, cities, castles and palaces as magical and mysterious buildings and places.
One of the mysterious creatures that has affected German culture is elf. This pretty creature has originated from German folklore and is associated with wide and beautiful nature with thick forests and clear rivers.

German elves have influenced much of European folklore and German literature. For example, Goethe was inspired by the German legend about Erlkonig and described this ‘King of Elves’ in his poem with the same name.

For tourists visiting Germany the most attractive legends and myths are those whose evidences can still be heard and viewed.

One of such mysteries still exists in Reichenstein castle and is about a ghost of the headless man. The legend says that this ghost is a soul of the knight called Dietrich von Hohenfels who robbed the castle together with his nine sons. He was caught by the owner and asked to save his sons’ life. But when he saw all his sons dead, his head allegedly fell and rolled towards the nine dead guys. Just after rolling over all his sons the knight’s body started bleeding and fell next to the young men lying in one row. The legend says that all ten bodies were buried in St. Clement Chapel of the castle.

Another ancient legend tells about the ghosts of Emperor Charlemagne. The ghosts inhabit the place around Charlemagne’s stones which he destroyed as an evidence of old religion. The stones are located in Osnabrueck-Haste and cannot be seen. But many visitors believe they can hear the Charlemagne’s army riding towards the stones and they even can see the stones.

But the most real and horrid ghosts were left due to the acts of World War II. In the modern museum of Babenhausen Kaserne, the ghosts of World War II German soldiers have been seen in uniform. Lights are known to turn on and off by themselves and voices are heard in the basement. German commands are often heard being shouted out in the middle of the night, and disembodied footsteps are a common experience.

Soldiers who have visited the museum and picked up a telephone have reported hearing a woman talking backwards, it’s not clear whether it’s in English or German.

In the town of Babenhausen, a witch was allegedly burned at the stake sometime in the 19th century. Her ghost is said to have seduced and killed several German soldiers.