Birth of Karl IV Leopold in Vienna, Austria. Karl was the Austrian Field Marshal who commanded the Austrian, Polish and German troops who successfully defended Vienna against the attacking Turks in 1683. He died on April 18 1690.

Death of Blessed Maria Kreszentia Höß. Maria Kreszentia Höß was the daughter of a poor weaver who at age 14 reported a vision in which angels urged her to become a Franciscan nun. She was taken into the order in 1703. During her time as a Franciscan she reported numerous additional visions. She was beatified in 1900 and in 1956 the process of canonization was initiated.

Birth of Karl August Devrient in Berlin, Germany. Devrient was a heroic actor who achieved fame on the stage of Hannover. Some of his noted roles include Faust, King Lear and Wallenstein.

Birth of Matthias Jakob Schleiden in Hamburg, Germany. Schleiden was a botanist who with Theodor Schwann founded the cell theory. He was a professor of biology at the University of Jena.

Birth of Ulrich Wille in Hamburg, Germany. Wille was a Swiss army officer. After study of Prussian army organization, he reformed the Swiss army along those lines. He published a new cavalry cone in 1892. During World War I he was commander in chief of the Swiss army.

Birth of Herbert Bayer (1900-1985) in Haag, Austria. Bayer was an advertising designer. He trained and worked at the Bauhaus. He was an art director with Vogue magazine. He immigrated to the United States in 1938. In 1946 he became the chair of the department of design of the Container Corporation of America. He also worked as design consultant for Aspen Development. 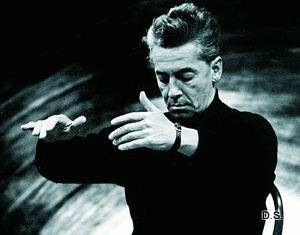 Birth of Herbert von Karajan (1908-1989) in Salzburg, Austria. Von Karajan was the director of the Berlin Philharmonic orchestra from 1955 to 1989 was one of the outstanding conductors of the 20th Century. 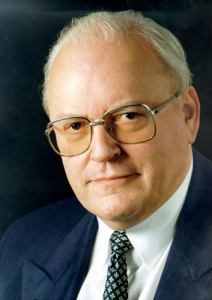 Death of Robert Maillart in Geneva, Switzerland. Maillart was a bridge engineer who introduced a number of innovations into Alpine bridge building. His new uses of reinforced concrete was his greatest contribution to the science. 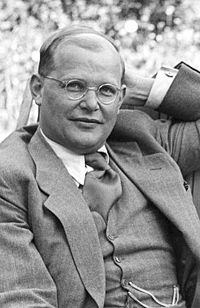 Dietrich Bonhoeffer (1906-1945) arrested and imprisoned in Berlin. Bonhoeffer was a German Lutheran pastor, theologian, dissident anti-Nazi and founding member of the Confessing Church. His writings on Christianity’s role in the secular world have become widely influential, and many have labelled his book The Cost of Discipleship a modern classic. Apart from his theological writings, Bonhoeffer became known for his staunch resistance to the Nazi dictatorship. He strongly opposed Hitler’s euthanasia program and genocidal persecution of the Jews. He was also involved in plans by members of the Abwehr (the German Military Intelligence Office) to assassinate Adolf Hitler. He was arrested in April 1943 by the Gestapo and executed by hanging in April 1945 while imprisoned at a Nazi concentration camp, just 23 days before the German surrender.