Alaric, the leader of the Visigoths takes and plunders Rome. This was one of the final blows which would bring about the end of the Roman Empire. 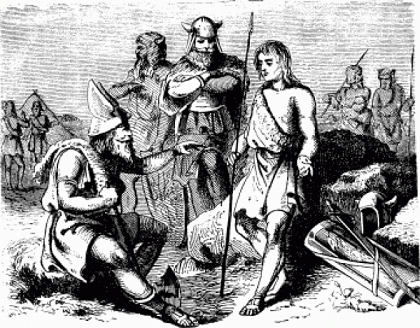 The Visigoths were one of the east Germanic tribes. There were three Germanic groupings: north Germanic, west Germanic and east Germanic (Goths). Modern Germans descend from the west Germanic grouping. The Gothic language and culture did not survive into modern times. The gothic peoples were driven from their lands by the Huns. The Visigoths moved finally into the area which is now France and were assimilated there and the Ostrogoths into Italy where they were assimilated by the majority culture. 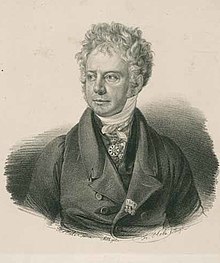 Reichenbach’s principal achievement was the introduction into observatories of the meridian or transit circle, which combined the transit and the mural circle into one instrument. This had already been done by Ole Rømer in around 1704, but the idea had not been adopted by anyone else, except in the transit circle constructed by Edward Troughton for Stephen Groombridge in 1806. The transit circle in the form given it by Reichenbach had one finely divided circle attached to one end of the horizontal axis and was read by four verniers on an “alidade circle,” the unaltered position of which was tested by a spirit level. The instrument came almost at once into universal use on the continent of Europe (the first one was made for F. W. Bessel in 1819), but in England the mural circle and transit instrument were not superseded for many years.

Death of Rudolf Clausius in Bonn, Germany. Clausius was a professor of physics in Berlin, Zürich and Würzburg. He formulated the second law of thermodynamics and made major contributions to the theory of electrolysis.

Death of Paul Gottlieb Nipkow in Berlin, Germany. Nipkow was an electronic engineer who developed the scanning principle of television. To effect a workable television he developed the Nipkow disk (now outdated by electronic devices).

Death of the East German author, Herbert Otto. Among his noted works are: Time of the Storks, 1966 (Zeit der Störche) and the novel, The Dream of the Moose, 1983 (Der Traum vom Elch).