Birth of Johann Georg Hamann in Königsberg, Prussia (now in Russia). Hamann was a contemporary of Immanuel Kant. Both Kant and Hamann resided in Königsberg. After a series of disastrous moral experiences in London, he concluded, from his attempts to reconcile philosophy and Christianity, that a childlike faith in God and direct communication with God through nature and poetry is the only solution to the problems of philosophy.

Birth of the philosopher, Friedrich Hegel (1770-1831), in Stuttgart, Germany. Hegel had taught at the Universities of Jena and Heidelberg before his final appointment at the University of Berlin from 1818-1831. His historicist and idealist account of reality revolutionized European philosophy and was an important precursor to Continental philosophy and Marxism.

Hegel developed a comprehensive philosophical framework, or “system”, of Absolute idealism to account in an integrated and developmental way for the relation of mind and nature, the subject and object of knowledge, psychology, the state, history, art, religion, and philosophy. In particular, he developed the concept that mind or spirit manifested itself in a set of contradictions and oppositions that it ultimately integrated and united, without eliminating either pole or reducing one to the other. Examples of such contradictions include those between nature and freedom, and between immanence and transcendence.

Birth of Barthold Georg Niebuhr in Copenhagen, Denmark. He became the Prussian state historiographer, member of the Berlin Academy of Sciences and lecturer at the University of Berlin. In 1816 he became the Prussian ambassador to the Vatican. As a part of his studies of ancient history he developed a critical method of doing history, thus bringing it to a scientific level.

Death of Ignaz Xavier Ritter von Seyfried in Vienna, Austria. He was a prolific composer of stage works and church music. He knew Mozart and studied with Haydn. 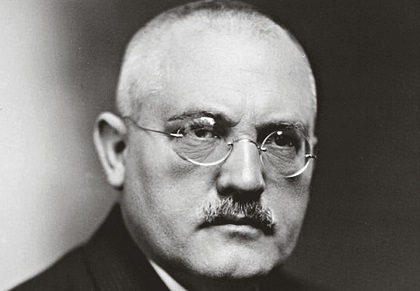 Birth of Carl Bosch (1874-1940) in Cologne, Germany. Bosch received the Nobel Prize in Chemistry in 1931. He was the developer of the Haber-Bosch process (synthesis of ammonia). He was also a pioneer in the field of high-pressure industrial chemistry and founder of IG Farben, at one point the world’s largest chemical company. Bosch, a critic of many Nazi policies, was gradually relieved of his high positions after Hitler became chancellor, and fell into despair and alcoholism.

Death of Eugen von Böhm-Bawerk in Kramsach, Austria. Böhm-Bawerk was an economist who worked for many years in the Austrian ministry of finance. In that capacity he worked on the currency reform of 1892 and on the conversion to the gold standard. He was a central figure in the development of the Austrian school of economics, having done much of the groundwork of the capital theory adopted by the school.

Encouraged by the massive destruction brought on each side by the Russian vs. Austrian battles of 1916, Romania declares war on Germany and Austria. Romania is defeated by December 6 when Bucharest is occupied by Austrian troops. 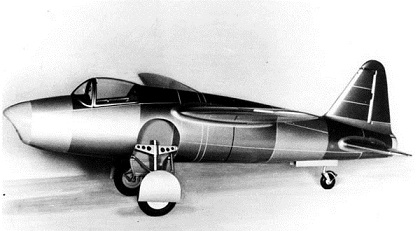 The world’s first jet aircraft, the Heinkel He 178, flies successfully. The engine was designed and developed by Hans Pabst von Ohain while working for the Heinkel Corporation. 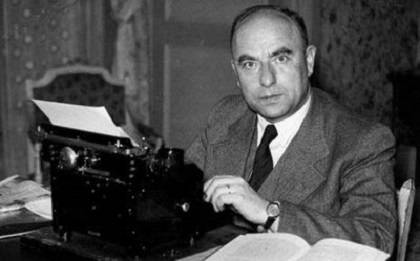 Death of Otto Strasser in Munich. Strasser had been an early member of the Nazi party, but also left the party early and when his brother, Gregor, was murdered he fled to Canada. He formed the Black Front, a group intended to split the Nazi Party and take it from the grasp of Hitler. This group also functioned during his exile and World War II as a secret opposition group. He returned to Germany in 1955