Death of Pope Benedict V in Hamburg, Germany. Benedict had been elected Pope in defiance to the wishes of the Emperor of the Holy Roman Empire, Otto I. After serving for several months he was deposed through the intervention of Otto’s army. Otto then placed him in clerical service in Hamburg where he remained until his death later that same year.

Death of St. Ulrich von Augsburg (890-973). St. Ulrich was born in 890 in Augsburg, Germany. He studied at the monastery in St. Gallen, Switzerland. In 923 he became the bishop of Augsburg. He was a leader in the German church. It was he who in 926 managed the building of a stone wall fortifying Augsburg. He served as a general in defending Augusburg against attacks from Hungary. He later rebuilt many churches and monasteries destroyed during the attacks by the Magyars (modern Hungarians). He led his personal life in simplicity and poverty. It is told that at the end of his life, when he was to weak to say the mass, angles came to assist him. Ulrich died on July 4, 973. A spring named for him in Augsburg is said to have produced water which cured aliments of the eyes. Earth from his grave was said to be effective in driving away mice and rats. In the 11th century the church of St. Ulrich was built above his grave. In the 15th century the church was replaced with the church of St. Ulrich and Afra which still stands. St. Ulrich’s marble sarcophagus is in that church. Ulrich was canonized by Pope John XV in 993. He was one of the first to be officially canonized by the Pope rather than gaining sainthood through local tradition. 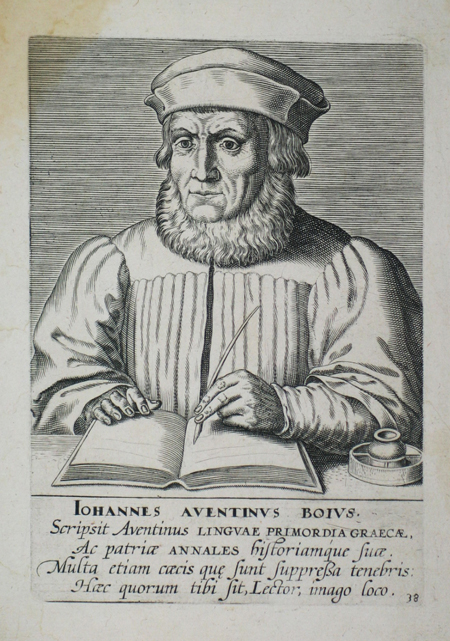 Birth of the historian Johannes Aventinus (Johannes Turmair) (1477-1534) in Abensberg, Germany. Aventius was a Bavarian humanist historian and philologist. Aventinus is the Latinized name of his birthplace, Abensberg. Aventinus wrote Annals of Bavaria, a valuable record of the early history of Germany.

Birth of the poet Christian Fürchtegott Gellert in Hainchen, Germany. Through his literature, Gellert became one of the German leaders of the Enlightenment period.

Birth of the philosopher, Hermann Cohen, in Coswig, Germany. He founded the “Marburg School” of neo-Kantian philosophy.

Birth of the sociologist, Gustav Ratzenhofer in Vienna, Austria. He viewed society as a collection of antagonistic ethnic groups.

Birth of the archaeologist Hugo Winckler in Gräfenhainchen, Germany. His excavations in Turkey revealed the capital of the Hittite empire and produced a large quantity of cuneiform tablets.

Death of Theodor Storm in Hademarschen, Germany. Storm was a writer in the Poetic Realism period of German literature. Among his works are, Der Schimmelreiter, and Immensee.

Heinrich Brüning agrees under pressure to dissolve the Center Party. (The Center Party had been a hindrance to the signing of the concordat between the National Socialist government and the Vatican.) With the Center Party gone there was no further effective political resistance against Hitler. 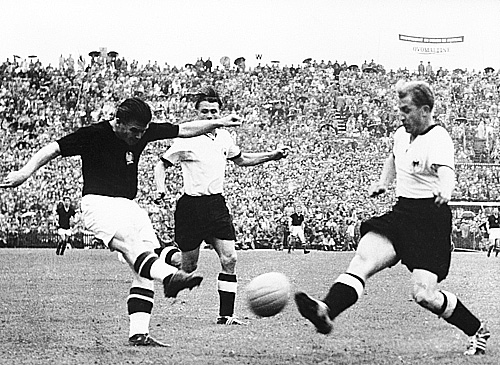 West Germany becomes World Cup soccer champion in the final match in Bern, Switzerland, defeating Hungary 3-2. The game would later become known in Germany as ‘The Miracle of Bern’; the Mighty Magyars, epitomised by Ferenc Puskas, were considered almost unbeatable.