Death of Joseph von Fraunhofer in Munich, Germany. The physicist, Fraunhofer was the first to observe the dark lines in the spectrum of the sun, which became known as Fraunhofer lines. In his further work he discovered and charted similar spectral lines in the elements. His work led to the development of the technique of spectroscopy. Fraunhofer did his work at the Untzschneider Optical Institute at Benedictbeuern, Germany.

Death of Friedrich Hölderlin in Tübingen, Germany. “Eins zu sein mit allem, was lebt, in seliger Selbstvergessenheit wiederzukehren ins All der Natur, das ist der Gedanken und Freuden, das ist die heilige Bergeshöh, der Ort der ewigen Ruhe.” Hölderlin studied at the theological seminary at the University of Tübingen and qualified for ordination as a Lutheran pastor, but was more drawn to Greek antiquity than to the ministry. He was befriended by Friedrich Schiller in 1793 and was much influenced by that great poet and thinker. Although Hölderlin is now recognized as one of the great German poets, he was little recognized in his own times. He earned a limited income through tutoring and during the later decades of his life suffered from insanity. Major works by Hölderlin include Hyperion (Vol. 1:1797, Vol. 2: 1799), and the fragment Der Tod des Empedokles. He wrote many individual poems including “Die Eichbäume”, “An den Äther”, “An die Parzen”, “Hyperions Schicksalslied” and “An die Deutschen”.

Birth of Max Kretzer in Posen, East Prussia (now Poland). Max Kretzer was a German Expressionist writer who excelled in describing working conditions of the Berlin industrial proletariat in the 1880s and 1890s. 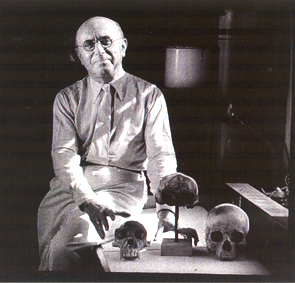 Birth of Franz Weidenreich (1873-1948) in Edenkoben, Germany. He was was a Jewish German anatomist and physical anthropologist who studied evolution. Weidenreich was among the scientists to claim that Piltdown Man was a “chimera”, a composite between two unrelated species, long before fluoride analyses proved that Piltdown Man was a hoax. Weidenreich also renamed Gigantopithecus blacki to Giganthropus blacki, based on a theory that primitive forms of man were much larger than the more recent ones. However, as this theory is contradictory to the Cope-Deperet rule (which states that in straight evolution lines of non-flying animals the size of species increases, not the other way round), it was rejected by Professor Dr. von Koenigswald when he returned from the Japanese concentration camp after the Second World War.

As honorary director of the Cenozoic Research Laboratory he also studied fossils of the Peking Man, then known as Sinanthropus pekinensis, unearthed at Zhoukoudian, China. Weidenreich originated the “Weidenreich Theory of Human Evolution” based on his examination of Peking Man. Being an anatomist, Weidenreich observed numerous anatomical characteristics that Peking Man had in common with modern Asians, this led to his Polycentric evolution model of racial origins. 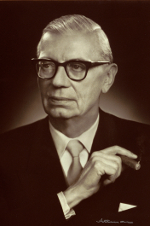 Birth of Otto Heinrich Schindewolf (1896-1971) in Hannover, Germany. Schindewolf was a German paleontologist who studied the evolution of corals and cephalopods. He was a saltationist who opposed the theory of gradual evolution, and in the 1930s suggested that major evolutionary transformations must have occurred in large leaps between species. This idea became known as the Hopeful Monster theory and was further taken and developed up by the geneticist Richard Goldschmidt in the 1940s. Schindewolf was also the first to suggest, in 1950, that mass extinctions might have been caused by extraterrestrial impacts or nearby supernova. From 1948 until his retirement in 1964, Schindewolf was professor of Geology and Paleontology at the University of Tübingen.

Willy Brandt, the German Chancellor, visits Israel. He is the first German chancellor to visit Israel while in office as chancellor.