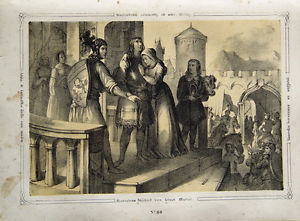 Birth of Konradin (Konrad der jüngere) in Wolfstein, Germany. The Swabian, Konradin, who held the title “king of the Romans” was the last of the Hohenstaufen dynasty. His downfall came in a conflict with the Frenchman, Charles of Anjou. After losing the battle and being captured, he was beheaded in the marketplace in Naples in 1268.

Birth of Johann Adolph Hasse in Bergedorf, Germany. Hasse was a composer, most noted for his operas. He was the music director of the Dresden Opera. He was very popular in his own times. His best known operas are Antioco and Seso strate.

Death of Friedrich I in Stockholm, Sweden (born in Kassel, Germany). Friedrich married Ulrika Eleonora, the sister of the king of Sweden in 1715. In 1708 she rose to the Swedish throne, but in 1718 abdicated in favor of her husband. Friedrich thus became the king of Sweden. He reigned for 31 years.

Death of Novalis (Friedrich von Hardenberg) in Weissenfels, Germany. Novalis was one of the leading poets and theorists of the Romantic movement in German literature. While a student at the University of Jena he met Friedrich Schiller. Later in Leipzig he became friends with Friedrich von Schlegel. He completed his university work in 1793 at the University of Wittenberg. Novalis’ works include Hymnen an die Nacht (1800), Heinrich von Ofterdingen (1802) in which the blue flower (die blaue Blume) becomes a central symbol for the Romantics, and Die Christenheit oder Europa (1799) in which he seeks a new universal Christian church.

Birth of Albrecht Ritschl in Berlin, Germany. Ritschl was a Protestant theologian at the universities of Bonn and Göttingen. He was deeply influenced by Kant and sought to realize Kant’s ideals in theology. In religion he rejected original sin, the Trinity and the Incarnation. His most significant book was Die christliche Lehre von der Rechtfertigung und Versöhnung (3 vols., 1870-74). Ritschl died in Göttingen on March 20, 1889.

Birth of Max Schultze in Freiburg, Germany. Schultze was a cytologist at the University of Bonn who defined the cell as a body of protoplasm with a nucleus. 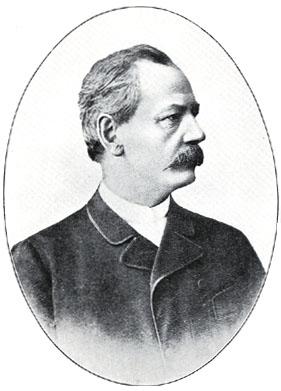 Birth of Adolf Engler (1844-1930) in Sagan, Germany (now in Poland). Engler was a botanist who gained fame through his extensive system of plant classification. He completed his doctorate at the University of Breslau and taught at the universities of Kiel and Breslau. He achieved his greatest fame as the director of the Berlin Botanical Garden, Dahlem, which became, under his leadership, one of the best in the world. His classification and nomenclature are to be found in Die natuurlichen Pflanzenfamilien (1887-1911), Das Pflanzenreich (1900-1937) and Syllabus der Pflanzennamen (1892).

Birth of Friedrich Naumann in Störmthal, Germany. Nauman was a liberal political and social thinker who founded and was involved in a number of liberal political parties of his day. He wrote the book Miitteleuropa (1915) expressing his democratic ideals. 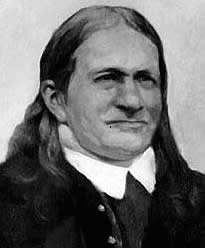 Death of Friedlieb Ferdinand Runge (1795-1867) in Hamburg, Germany. The chemist, Runge was a professor at the University of Breslau before he accepted a position as an industrial chemist in Oranienburg in 1831. Runge conducted chemical experiments from a young age, serendipitously identifying the mydriatic effects of belladonna extract. He isolated and named carbolic acid, pyrrole, rosolic acid and cyanol. He originated the technique of paper chromatography and developed a process for extracting sugar from beets.

Birth of Bl. Otto Neururer (1882 – 1940). Otto Neururer was born in Piller, Austria in 1882. He became a priest and religion teacher. He was a Parish priest in Gotzens, Austria (near Innsbruck) when the Nazis came to power. He advised a young woman of his parish not to marry a divorced man. That man, however, turned out to be a well connected Nazi. Fr. Neururer was arrested for “slander against German marriage” in imprisoned in Dachau and later Buchenwald where he ministered to fellow prisoners. After he baptized a fellow prisoner in 1940 he was tortured to his death for doing so. He was beatified by Pope John Paul II in 1996.

Birth of Helmut Käutner in Düsseldorf, Germany. Käutner was a film director who started his directing career in film during World War II. His first film Romanze in Moll (1943) had the distinction of being designated by Joseph Goebbels as “decadent and defeatist”. Subsequent films include In jenen Tagen (1947), Des Teufels General (1955), and two films he made in Hollywood The Wonderful Years (1957) and A Stranger in My Arms (1957).

American and Soviet troops meet at the Elbe at the end of World War II.

Signing of the Treaty of Rome establishing the EEC and Euratom.

Death of Josef Albers in New Haven, Conn. (born in Bottrop, Germany). Albers was a painter and poet. He taught at the Bauhaus beginning in 1923. There he developed new painting styles. The Nazis closed the Bauhaus in 1933 and Albers moved to the U.S.A. There he taught at Black Mountain College in North Carolina and at Yale University. He continued innovations in Color Field and Op art.

The tobacco millionaire Jan Philipp Reemtsma is kidnapped in Hamburg-Blankenese.