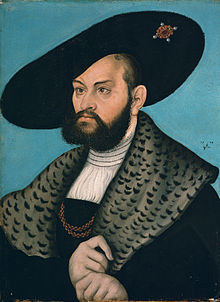 Birth of Albert of Prussia (1490-1568) in Ansbach, Germany. Albert was the last grand master of the Teutonic Knights. He was named grand master in 1510 and thus lord of East Prussia. In 1523 Martin Luther advised Albert to dissolve the Teutonic Order and to create in East Prussia into a hereditary dukedom. The Holy Roman Emperor, Charles V demanded the restoration of the Teutonic Order, but Albert resisted. He founded the University of Königsberg in 1544. Albert’s dissolution of the Teutonic State caused the founding of the Duchy of Prussia, paving the way for the rise of the House of Hohenzollern. He is therefore often seen as the father of the Prussian nation, and even as indirectly responsible for the unification of Germany.

Birth of Caroline of Brunswick-Lüneburg in Braunschweig, Germany. She became the wife of King George IV of England in 1785 before he had been crowned king. She and George separated in 1796. In 1820 when George was about ascend to the throne, he offered her substantial sums of money to remain away from England. She returned to England, however. The government attempted unsuccessfully to dissolve the marriage and prevent the title of queen for her. George was crowned in 1821, but Caroline died suddenly 19 days later.

Birth of Karl Ferdinand Buol-Schauenstein in Regensburg, Germany. Buol Schauenstein became the foreign minister of the Austrian Empire from 1852-1859. He succeeded Felix Schwarzenber in that position. Buol-Schauenstein regarded the “Holy Alliance” with Prussia and Russia as unnatural. His policies broke down that alliance as he sought to replace it with understandings with France and England. 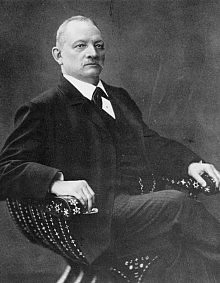 Birth of August Thyssen (1842-1926) in Eschweiler, Westphalia. He founded the Thyssen steel corporation in 1871. (His motto: “If I rest, I rust.”) The Thyssen conglomerate became the nucleus of Vereinigte Stahlwerke AG, the biggest mining and steel cartel in the world, prior to World War II. Thyssen was refounded in 1953 and joined with KruppHoesch to become ThyssenKrupp AG in 1997. Thyssen’s firm was a vertically integrated company, controlling all aspects of the steelmaking process. He owned his own fleet of ships, a network of docks and a railroad. Although he was one of the richest men in Germany, he lived a simple life. He ran his empire from a dingy office in Mülheim, wore store-bought suits and was known to drink and eat with his workers. He was also an ardent republican.

He was the first in his family to start acquiring a collection of works of art, including six pieces by sculptor Auguste Rodin, who was his friend.

Birth of Julius Wellhausen in Hameln, Germany. Wellhausen was a biblical scholar who was a professor of Old Testament at the University of Greifswald. He is most known for his work on the Pentateuch. 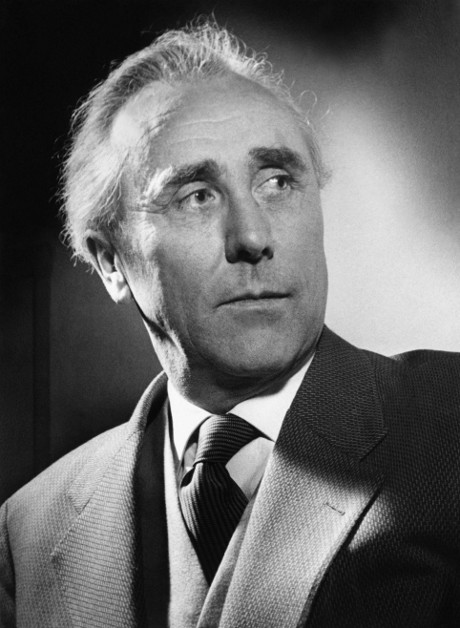 Birth of Werner Egk (born Werner Joseph Mayer) (1901-1983) in Auchesheim, Germany. Egk, a composer, studied with Carl Orff in Munich. He composed music for radio plays in Munich. Beginning in 1935 he composed a number of operas. Among his operas are Die Zaubergeige, (1935), and Peer Gynt (1938). He also composed ballets.

The Simplon Tunnel of Switzerland is opened to rail traffic. At the time of its construction and for many years thereafter it was the longest tunnel in the world.

The German army occupies Brussels in World War II and initiates the attack on France.