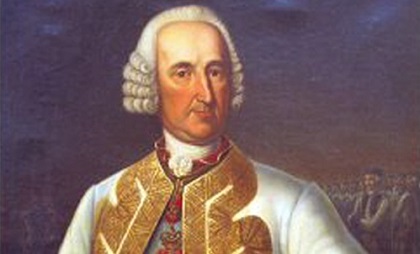 Birth of Maximilian Reichsgraf Browne in Basel, Switzerland. Browne was an Austrian field marshal during the War of Austrian Succession (1740-1748) and The Seven Years’ War (1756-1763).

Birth of Albert Lortzing in Berlin, Germany. Lortzing was a composer who worked with the light opera. Titles by Lortzing include, Der Pole und sein Kind, Zar und Zimmermann and Der Waffenschmied.

Birth of Adalbert Stifter in Oberplan, Austria. Stifter was a writer who exalted the simple in life with classical style in his writings. Works by Stifter include Der Condor, Feldblumen, Die Mappe meines Urgroßvaters, Bunte steine, and Der Nachsommer.

Birth of Ludwig Leichhardt in Trebatsch, Germany. Leichhart was educated at the Universities of Berlin and Göttingen. He left Germany to explore Australia in 1842. In his early explorations he produced some of the first maps and located areas suitable for habitation. He and his party disappeared in 1848 while exploring.

Death of Wilhelm Gesenius in Halle, Germany. Gesenius was a professor of theology at the University of Halle. As a theologian he was not remarkable, but he made a major contribution to the study of Semitic languages, publishing several grammars and dictionaries. 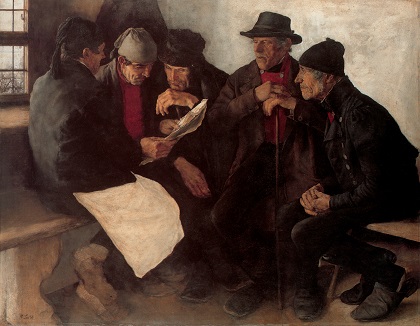 Birth of Wilhelm Leibl in Cologne, Germany. Leibl was a German realist painter of portraits and scenes of peasant life. Leibl painted with no preliminary drawing, setting to work directly with color, an approach that has parallels to Impressionism. His commitment to the representation of reality as the eye sees it earned him recognition in his lifetime as the preeminent artist of a group known as the Leibl-Kreis (Leibl Circle) that included, among others, Carl Schuch, Wilhelm Trübner, Otto Scholderer, and Hans Thoma.

Death of Abraham Geiger in Berlin, Germany (born in Frankfurt am Main, Germany). Geiger was a rabbi at Wiesbaden, Breslau, Frankfurt and Berlin. His most noted work is Übersetzung der Bibel in ihrer Abhängigkeit von der innern Entwicklung des Judentums (1857). Geiger was highly influential in his times in Reform Judaism. He influenced the simplification of ritual, use of the vernacular in liturgy and the return to prophetic teachings. He worked to de-emphasize the importance of a return to Israel.

Death of Emin Pasa Mehmed (original name, Eduard Schnitzer) in Kanema, Zaire (born in Oppln, Germany (now in Poland)). Mehmed became a medical officer in the Turkish army in 1865. In that role he took on his Turkish name. In 1876 he moved to Africa as a medical officer with the British army. He then spent the rest of his life in Africa, exploring and in governing roles. In 1889 he joined with the famed British officer Henry Morton Stanley on an 8 month crossing of Africa from Sudan to Tanzania. 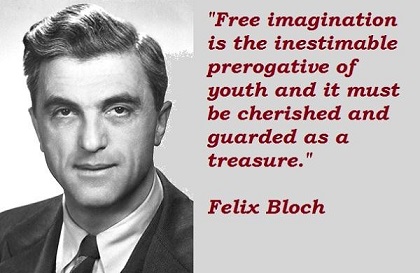 Birth of Felix Bloch in Zürich, Switzerland. Bloch came to America and in 1952 won the Nobel Prize for Physics for his work in developing nuclear magnetic resonance for measuring the fields of nuclei. He had taught at the University of Leipzig but came to the U.S. when Hitler came to power. In America he taught at Stanford University. During WWII he worked at Los Alamos and Harvard University.

Death of Edwin Klebs in Bern, Switzerland. A physician, Klebs joined with Friedrich Löffler in research leading to the discovery of the diptheria bacillus, the “Klebs-Löffler bacillus”.

President Wilson agrees to the German chancellor’s request for peace negotiations on the basis of his 14 points but only on the condition that the Allies would not negotiate with the Hindenburg/Ludendorff de facto military dictatorship. (Ludendorff resigns on October 26 to make negotiation possible.)

The voters of the Saarland vote to return the area to West Germany. 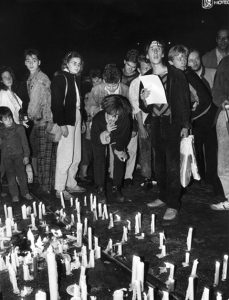 300,000 people in Leipzig demonstrate against Egon Krenz’s election. The chanted, “Egon Krenz, wir sind die Konkurenz!” as they moved through the streets of Leipzig.

This photograph shows participants in a “Monday demonstration” in Leipzig on October 23, 1989, five days after the forced resignation of Erich Honecker. Demonstrators lit candles to symbolize nonviolence and peaceful change. The roughly 300,000 demonstrators who came out that day protested Egon Krenz’s nomination as the new SED General Secretary. Demonstrators viewed Kreuz’s nomination as a confirmation of old power structures and as evidence that the government was unwilling to engage in the necessary reforms. Despite the protests, the East German parliament [Volkskammer] also elected Krenz as Chairman of the Council of State and Chairman of the National Defense Council the next day. 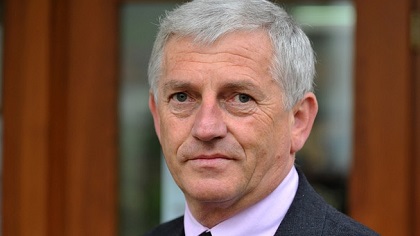 Arnold Stadler is presented with the Georg Büchner Prize for Literature. Stadler was born in Meßkirch, Germany in 1954. Works by Stadler include “Kein Herz und keine Seele” (No Heart and No Soul) , “Ich war einmal” (I once was) “Feuerland” (Land of Fire), “Mein Hund, meine Sau, mein Leben” (My dog, my Hog my Life), “Ein hinreißender Schrotthändler” (A charming Scrap-Merchant). 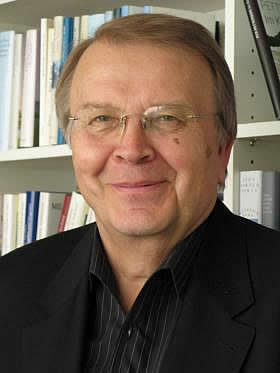