Death of Friedrich IV in Heidelberg, Germany. Friedrich, an ardent Protestant, was the elector of Rhineland-Pfalz. He actively opposed the Roman church and Habsburg leadership in the Holy Roman Empire.

Mayer Rothschild died on this date in Frankfurt am Main, the city where he had been born in 1744 and where he had spent his entire life. Mayer Amschel Rothschild was the founder of the Rothschild dynasty which was the most powerful banking block in Europe for around 200 years. Mayer was born to a relatively poor family in Frankfurt, but after a banking internship learned to deal very effectively on the stock market. He built up a fortune on the Frankfurt market. He began financing rulers and entire wars. His five sons used the fortune to set up dominant banking houses in Frankfurt, London, Paris, Vienna, and Naples. In 2005, Mayer Rothschild was ranked 7th on the Forbes magazine list of “The Twenty Most Influential Businessmen Of All Time”.

Birth of Carl Erich Correns in Munich, Germany. After Gregor Mendel had died, his work on heredity had been forgotten. Correns, a professor of biology at the University of Tübingen discovered Mendel’s manuscripts and conducted the research confirming Mendel’s work. Correns became the director of the Kaiser Wilhelm Institute for Biology in Berlin in 1914. He died in Berlin in 1933. 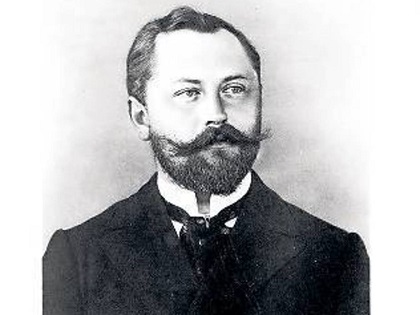 Birth of Fritz Schaudinn in Röseningken, Germany. Schaudinn was a German zoologist and he co-discovered, with Erich Hoffmann in 1905, the causative agent of syphilis, Spirochaeta pallida (also known as Treponema pallidum). The work was carried out at the Berlin Charité. Among Schaudinn’s other contributions to medicine include his work in the field of amoebic dysentery and sleeping sickness, his confirmation of the work of Sir Ronald Ross and Giovanni Battista Grassi (1854–1925) in the field of malaria research.

The fifth parliamentary elections take place in the Federal Republic of Germany (West Germany). The CDU/CSU gets 47.6% of the vote, the SPD 39.3%, and the FDP 9.5%. The governing coalition consists of the CDU/CSU and the FDP. Ludwig Erhard (CDU) is the chancellor.

In the light of the New York attack by terrorists the German Bundestag votes full support and solidarity with the USA, including military support.