The Concord of Worms is reached between Pope Callistus II and the Emperor of the Holy Roman Empire, Heinrich V. It is determined who has the right to invest clergy.

Birth of Peter von Cornelius in Düsseldorf, Germany. He was an artist who revived the art of fresco painting. He was a member of the artists group, the Lukasbund. He decorated the Glyptothek (an art museum in Munich) and in Munich painted the east wall of the Ludwigskirche. 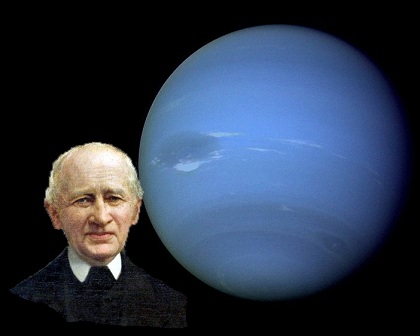 The planet Neptune is observed for the first time by Johann Galle at the Berlin Observatory. He was a German astronomer and the first person ever to view the planet Neptune and know what he was looking at. Throughout his career he studied comets, and in 1894 (with the help of his son Andreas Galle) he published a list with 414 comets. He himself had previously discovered three comets in the short span from 2 December 1839 to 6 March 1840. Two craters, one on the Moon and the “happy face” one on Mars, the asteroid 2097 Galle, and a ring of Neptune have been named in his honor. He died in Potsdam at age 98.

Birth of Karl Krumbacher in Kempten, Germany. Krumbacher was a professor at the Universities of Leipzig and Munich. He pioneered the study of Byzantine culture.

Birth of Robert Bosch in Albeck near Ulm (inventor of the spark plug and magneto, founder of Bosch GmbH). For a time Bosch worked with Thomas Edison in the U. S. A. The Bosch corporation is one of the world’s largest electronic corporations.

Death of Friedrich Wöhler in Göttingen, Germany. It was Wöhler who discovered how to synthesize urea from an inorganic compound (ammonium cyanate). It was at about the same time (1828) that he developed a method for the preparation of metallic aluminum. Wöhler’s method was later used in industry. At that time Wöhler was a teacher at the technical school in Berlin. Later he took a position at the technical school in Kassel. It was from that position that he took up his collaboration with Justus von Liebig, who taught at the University of Giessen at that time. From their investigation of benzaldehyde there grew the theory of radicals. In 1836 Woehler accepted a professorship at the University of Göttingen.

Birth of Friedrich Paulus in Breitenau, Germany (now in Austria). General Paulus was the field marshal who led the German forces in the siege of Stalingrad and was ultimately surrounded there and captured in 1943. This was a turning point in the war. 300,000 German soldiers were suddenly out of the war. After the war he lived in Dresden, East Germany until his death in 1957.