He Was the First, or Happy Birthday, Computer!
Konrad Zuse is considered to be the inventor of the first computer
in the world. 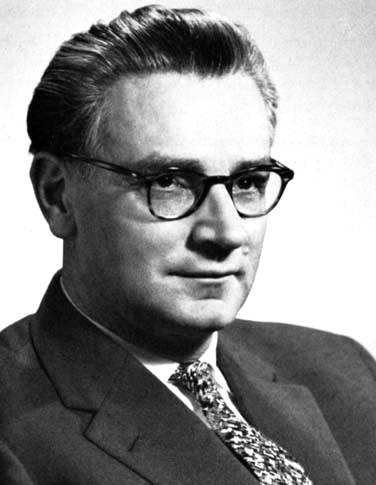 Z3 — the first fully functional program-controlled electromechanical digital computer in the world — was completed by Konrad Zuse in 1941.

Konrad Zuse was born on June 22, 1910, in Berlin. He went to the high school in Braunsberg and later studied at the Technische Hochschule in Berlin-Charlottenburg. Konrad Zuse was a very creative student, and his favorite occupations were painting and building cranes. He never thought about computers till 1934. As his son, Horst Zuse, states, “This [thinking of computers] was prompted by the many calculations he had to perform as a civil engineer, Today it is clear to me that he really hated performing these calculations and he wanted to make things easier for engineers and scientists.” In 1935, he got his civil engineering degree. At the age of 35, Konrad Zuse got married and later became the father of five children. From 1959 onwards, he received many honors and prizes from international associations and universities, as well as from the German government. His computer company, “Zuse KG”, founded in 1940 as “Zuse Ingenieurbüro und Apparatebau, Berlin”, prospered after the war and many machines following Z1, Z2, Z3 were built. By 1962, the company started experiencing financial difficulties and was sold first to “Brown Boveri and Co.”, and later to “Siemens”. Production of the Zuse series of computers was eventually stopped. He died in Hühnfeld, Germany, in 1995.

So, what were the first computers like? Z1 was a large and complex-looking machine weighing about 500 kg and consisting completely of thin metal sheets, which Zuse and his friends produced using a jig-saw. The only electrical unit was the engine, which was used to provide a clock frequency of one Hertz. Z1 was built in 1936, but, like Z2 and Z3, built within 1938-1941, it was destroyed during wartime bombing. Z3 is undoubtedly considered to be “the first reliable, freely programmable, working computer in the world based on a binary floating-point number and switching system.” Unlike Z1 and Z2, it was constructed from relays.

Because of their historic value, Z1 and Z3 were rebuilt by Konrad Zuse after the war. Z3 was reconstructed in 1961 and is now in Deutsches Museum in Munich, and Z1 – in 1986, and can be found in Museum für Verkehr und Technik in Berlin. Just a fact: the cost of rebuilding the Z1 was around 800 000 DM.

Z4 was supposed to be a prototype of the computer for engineering bureaus and technical institutes. This computer had to solve the stupid task of calculations done manually by engineers. Again, due to the daily bombings and terrible life conditions in Berlin in 1945, when Z4 was about to be completed, Zuse didn’t finish his work, and fled with the remains of Z4 to South Germany. Later, in 1950, Z4 was installed in Zurich and worked there till 1955.

At the same time as he was building Z4, Konrad Zuse started developing and formulated the remarkably sophisticated programming language Plankalkül. This language was to be used for programming his machines in a powerful – more than only arithmetic calculations – way. Plankalkül was finished in 1946, but published in 1972 only, due to the efforts that Zuse had to take to maintain his own computer-building company “Zuse KG.”

Konrad Zuse’s dream was to create a small computer for business and scientific applications. He worked single-mindedly during many years to achieve this objective. Moreover, he had to finance his work himself, as the Nazi government didn’t support his ideas.