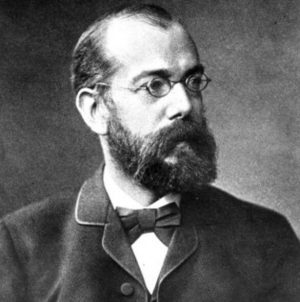 Robert Heinrich Hermann Koch (born on December 11, 1843 in Clausthal – died on May 27, 1910 in Baden-Baden) was a German physician and microbiologist. As the founder of modern bacteriology, he identified the specific causative agents of tuberculosis, cholera, and anthrax and gave experimental support for the concept of infectious disease.

Germany has produced plenty of groundbreaking scientific minds for centuries but one man who is counted among the greatest German scientists ever is Robert Koch. Koch laid the foundation for the study of bacteriology in the modern age and helped in explaining the causes and possible cures of different bacterial diseases. He was a researcher par excellence and was responsible for carrying out unprecedented studies into such life threatening diseases like anthrax and tuberculosis among others. This erudite scientist was also instrumental in creating modern laboratories that would help researchers in this field in the best possible way.

Koch was not only a scientist with an incredibly gifted mind but he was also a visionary, and the number of awards and medals that he won throughout his distinguished life is a proof of the sort of contribution he made to the world of medical science. He was associated with only one University throughout his illustrious academic career and spent his whole life in Germany although he traveled extensively for research. Last but not the least it is also important to mention that Koch was also the doctoral advisor to many renowned scientists. 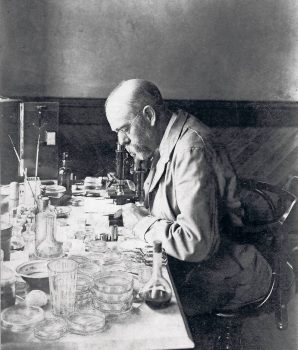 Koch showed extraordinary learning capabilities as a child and learned to read on his own by way of newspapers by the time he was only 5 years old. He showed remarkable gifts in the sciences and mathematics in school. In 1862, Robert Koch graduated high school.

Koch attended the University of Göttingen as a student of medicine and during his time at the university he came into contact with Jacob Henle who had introduced the idea that the cause of many diseases are parasites. He graduated from University in 1866 with an MD degree and also achieved the highest grades. Right after graduating in the year 1866, he traveled to Berlin for a period of 6 months to hone his skills in chemistry. The very next year he joined the ‘General Hospital’ in Hamburg as physician.

In 1870, Koch voluntarily enrolled in the Prussian Army in order contribute to the Franco-Prussian War and for 8 years he served as the District Medical Officer for the Army at Wollstein. During that he started with his experiments on how bacteria can cause anthrax, and even though he used an extremely crude laboratory for his studies, he succeeded. In 1876, the paper was published by the ‘Botanical Journal’ and his stellar work was recognized by the scientific community. 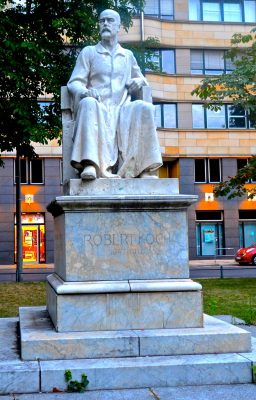 Statue of Koch in Berlin

Robert Koch was discharged from the army in 1880 and was immediately appointed a professor at the University of Berlin where he finally got to work in a specialized laboratory. In 1882, Koch successfully discovered the bacteria that caused the dreaded disease of tuberculosis and in fact he also demonstrated how the bacteria can be grown artificially. In the same year he published a paper with detailed findings of his research.

By 1883, Koch had become an authority on bacterial diseases, including cholera, and so when a cholera epidemic broke out in Egypt, he was sent to the African nation as the leader of the ‘German Cholera Commission’. The Institute of Hygiene at the University of Berlin made him the Director and also gave him the designation of a professor in the year 1885.

Robert Koch married Emma Fraatz in 1867 at the age of 23. The couple had a daughter named Gertrude in 1868 but the marriage ended in a divorce. After separating from Emma in 1893, Koch married the actress Hedwig Freiberg later that same year. At the age of only 66, this erudite scientist passed away on May 27, 1910, in Baden-Baden, of a heart attack.