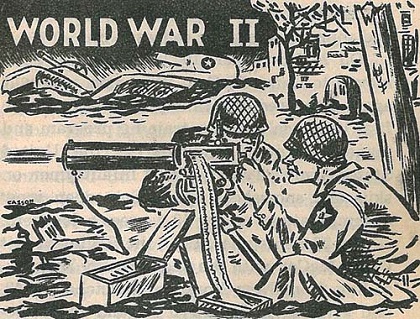 On September 1, 1939, German troops invaded Poland. Britain and France declared war on Germany two days later. By the end of the month, Hitler’s armies had overrun western Poland. Soviet armies occupied eastern Poland, and the two countries subsequently formally divided Poland between them. In April 1940, German forces conquered Denmark and Norway, and in May they struck at the Netherlands, Belgium, Luxembourg, and France.

French and British troops offered ineffective resistance against the lightning-like strikes, or blitzkrieg, of German tanks and airplanes. A large part of the French army surrendered, and some 300,000 British and French soldiers were trapped at Dunkirk on the coast of northern France. However, because Hitler, for a combination of political and military reasons, had halted the advance of his armored divisions, the British were able to rescue the men at Dunkirk. France, however, surrendered in June.

For Hitler the war in the west was a sideshow, a prelude to the building of an empire in eastern Europe and the Soviet Union. Hitler had hoped that Britain would stay out of the war. In his vision of the near future, he foresaw the two countries sharing the world between them–Britain would keep its overseas empire, and Germany would construct a new one to its east. When approached with the suggestion of a separate peace, British prime minister Winston Churchill rejected the offer and rallied his people to fight on. The Third Reich experienced its first military defeat in the Battle of Britain, in which the Royal Air Force, during the summer and fall of 1940, prevented the German air force from gaining the air superiority necessary for an invasion of Britain. Consequently, Hitler postponed the invasion. 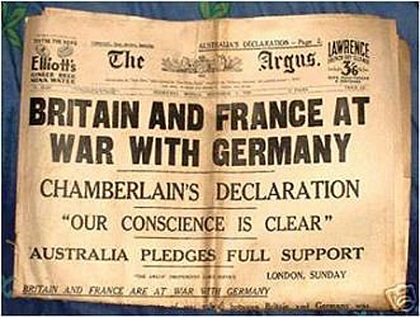 Hitler concluded by June 1941 that Britain’s continuing resistance was not a serious impediment to his main geopolitical goal of creating an empire extending east from Germany deep into the Soviet Union. On June 22, 1941, negating their 1939 non-aggression pact, Germany invaded the Soviet Union. Eagerness to realize his long-held dream caused Hitler to gamble everything on a quick military campaign. He had anticipated victory within three months, but effective Soviet resistance and the early onset of winter stopped German advances. A counteroffensive, launched in early 1942, drove the Germans back from Moscow. In the summer of 1942, Hitler shifted the attack to the south of the Soviet Union and began a large offensive to secure the Caucasian oil fields. By September 1942, the Axis controlled an area extending from northern Norway to North Africa and from France to Stalingrad. 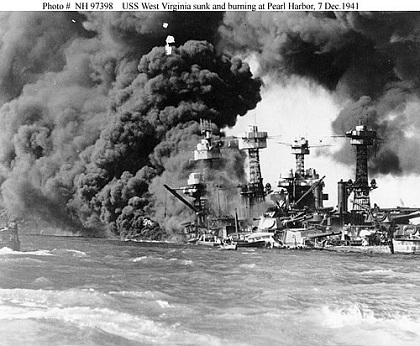 Japan’s attack on the United States naval base at Pearl Harbor on December 7, 1941, brought the United States into the war. In support of Germany’s fellow Axis power, Hitler immediately declared war on the United States. But with the United States involvement, a coalition now existed that, with its vast human and material resources, was almost certain to defeat the Third Reich. To ensure that the alliance not break apart as had happened in 1918 when Russia signed a truce with Germany, the Allies swore to fight Germany until an unconditional surrender was secured. Another reason the Allies wanted the complete military defeat of Germany was that they wished to preclude any possibility of German politicians claiming that “a stab in the back” had caused Germany’s undoing, as they had done after World War I. 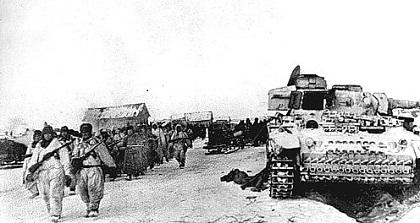 The military turning point of the war in Europe came with the Soviet victory at Stalingrad in the winter of 1942-43; some 300,000 of Germany’s finest troops were either killed or captured. By May 1943, Allied armies had driven the Axis forces out of Africa and had landed in Italy. Also of great importance, by 1943 the United States and British navies had succeeded in substantially reducing the German submarine threat to shipping. This cleared the way for the movement of arms and troops to Britain in preparation for a cross-channel invasion of France.