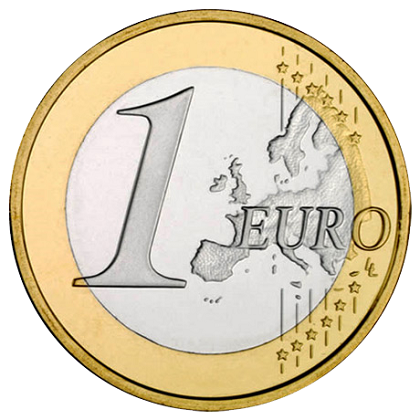 January 1, 1999, the New Year’s day, coincided with the day when eleven European nations officially launched the euro as their shared currency. The name of the new European currency was decided upon at the summit of the European Ministers of Finance, December 15 and 16, 1995 in Madrid. Information about the euro had been spreading since the European Union agreed on the concept of a single currency with the Maastricht Treaty in 1992. Under the schedule set by the EU, the euro was supposed to co-exist with the old currencies until December 31, 2001. Starting from January 1, 2002, and during the next six months the euro banknotes and coins were supposed to replace the national currencies and become the single valid currency.

Although new money wasn’t in circulation till 2002, all trading operations on stock exchanges were conducted in euros starting from January 4, the first business day after the switchover. Thus from January 1, the 11 national currencies – Austrian schilling, Belgian franc, Dutch guilder, Finnish markka, French franc, German mark, Irish punt, Italian lira, Luxembourg franc, Portuguese escudo, and Spanish peseta – became the euro subdivisions. However, it didn’t mean that bank accounts were going to be immediately converted in euros. Banks offered their clients the choice of euros or national currencies. Some large international companies planned to switch at once, but for the time being most companies went on dealing with their national currencies.

What was expected from the euro? One of the main targets was to launch the single monetary policy that would make it easier and cheaper to transfer funds from country to country and conduct financial international operations. Most bank chiefs and business leaders agreed that it would be much easier for them to treat everything as euros rather than as national currencies. Besides, there was a long transition period to get adjusted to the new policy.

Financial institutions and banks in the euro countries had started informing people as for what to expect from the new currency, and when to expect it. Government and mass media also helped with seminars, brochures, information units, teaching materials, websites – with anything that would come in handy for customers to understand the euro.

A special euro currency sign (€) was designed after a public survey had narrowed the original ten proposals down to two. The European Commission then chose the design created by the Belgian Alain Billiet. Inspiration for the € symbol itself came from the Greek epsilon (Є) – a reference to the cradle of European civilisation – and the first letter of the word Europe, crossed by two parallel lines to ‘certify’ the stability of the euro.

Currently 19 of 28 member states use the euro (eurozone): Austria, Belgium, Cyprus, Estonia, Finland, France, Germany, Greece, Ireland, Italy, Latvia, Lithuania, Luxembourg, Malta, the Netherlands, Portugal, Slovakia, Slovenia, and Spain. It is the second most traded currency in the foreign exchange market after the United States dollar. The euro is subdivided into 100 cents (defined as eurocent).

With all but two of the remaining EU members obliged to join, together with future members of the EU, the enlargement of the eurozone is set to continue. Outside the EU, the euro is also the sole currency of Montenegro and Kosovo and several European microstates (Andorra, Monaco, San Marino and the Vatican City) as well as in four overseas territories of EU members that are not themselves part of the EU (Saint Barthélemy, Saint Pierre and Miquelon, the French Southern and Antarctic Lands and Akrotiri and Dhekelia). Together this direct usage of the euro outside the EU affects nearly 3 million people.