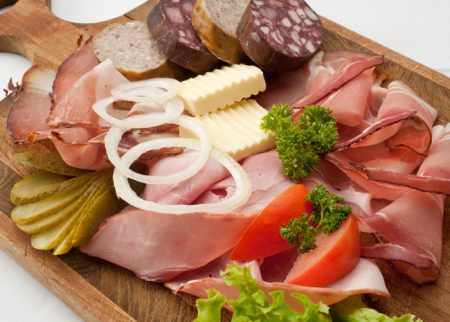 All of us have heard of Vesper – Vesper Lynd, a striking Bond girl from the movie Casino Royale, and a drink James Bond called after her.

However when it comes to Germany, it means something completely different. German Vesper comes from the verb vespern – which means having a snack between the main meals.

Because adults also need to keep their energy levels up during the day! For them, it’s the Zwischenmahlzeit (in-between meal) that keeps them going! A Zwischenmahlzeit is also referred to as Brotzeit, Vesper or Zweites Frühstück for adults. After all, snacks aren’t just for children! The English word “snack” is also used, as is Imbiss, although these refer more to actual meals that may replace main meals. However, the Zwischenmahlzeit is meant to be eaten in addition to the main meal to fill one up during work hours.

In spite of being a snack though, dishes on the Vesper menu can be quite filling.