Birth of Leopold Freiherr von Buch in Angermünde, Germany. Buch’s travels and reports were instrumental in the development of the study of geography in the 19th century. He studied at the Freiberg School of Mining. For a short time he was the inspector of mines, but soon turned full time to his researches in geology.

Birth of Ludwig Uhland in Tübingen, Germany. Uhland was one of the outstanding poets of the Romantic period. In addition to his prodigious output of poetry, Uhland was also active in politics and a practicing lawyer. In 1848 he was a member of the German National Assembly at the Paulskirche in Frankfurt am Main. His interest in the medieval period of Germany prompted wide spread attachment to the middle ages among his contemporaries. 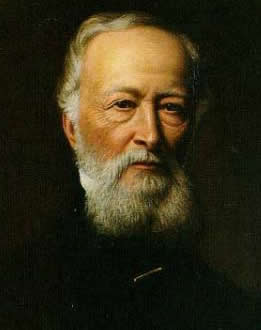 Birth of Alfred Krupp (1812-1887), the “Cannon King”, in Essen, Germany. Krupp had inherited a steel company from his father at age 14 (1826). He soon had the steel making company making a variety of steel products and grew the company quickly. At the World Exhibition in London in 1851 he showed the largest steel ingot which had ever been cast, 4, 300 pounds. It was the growth of rail transportation, which allowed the company to grow most rapidly as Krupp developed a world market for train wheels. The second great growth came as he decided to manufacture cannons and to market them world wide. Krupp cannons were first used in Europe in the Franco-Prussian war. By the time of his death he had armed 46 nations with Krupp cannons. 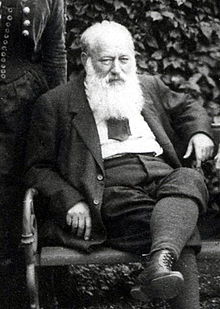 Birth of Theodor Billroth (1829-1894) in Bergen auf Rügen, Prussia. He was a surgeon and an amateur musician. As a surgeon, he is generally regarded as the founding father of modern abdominal surgery. As a musician, he was a close friend and confidant of Johannes Brahms, and one of the first to attempt a scientific analysis of musicality.

Birth of Arno Holz in Rastenburg, Germany. Arno Holz was a German naturalist poet and dramatist. He is best known for his poetry collection Phantasus.

Birth of Arthur Moeller van den Bruck in Solingen, Germany. It was Moeller’s book of 1923 Das Dritte Reich which provided a nickname for Hitler’s Germany.

Birth of Ludwig Wittgenstein in Vienna, Austria. Wittgenstein studied in England and later in his career returned to England as a professor. He is noted for his linguistic philosophy.

Birth of Douglas Sirk (original name, Claus Detlef Sierck) in Hamburg, Germany. Sirk began his career as a theater and film director in Germany. In 1937 he fled Hitler’s Germany, making his way to the United States in 1939. He began directing films in Hollywood in 1943. He achieved recognition as a director with Universal Studios. His credits include Magnificent Obsession (1954), There’s Always Tomorrow (1955), Written on the Wind (1956), The Tarnished Angels (1957), and Imitation of Life (1959). 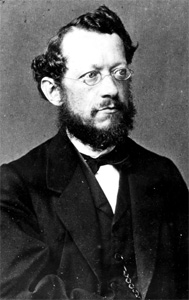 Death of Karl August Möbius in Berlin, Germany. Möbius, a zoologist, discovered symbiosis in marine invertebrates. In 1863 he was one of the founders of the Hamburg zoo. He designed Germany’s first public aquarium.

Birth of Arno Penzias in Munich, Germany. Penzias won the Nobel Prize in 1978 for discovery of background thermal energy throughout the universe a fact which supported the big-bang theory. Penzias immigrated to the United States as a boy and studied at Columbia University. He worked for AT&T Laboratories. 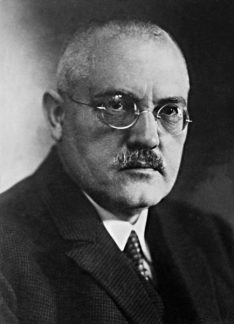 Death of Carl Bosch in Heidelberg, Germany. He won the Nobel Prize in Chemistry in 1931 and is the developer of the Haber-Bosch process (synthesis of Ammonia).