Feast day of St. Peter Canisius. Peter de Hondt (St. Peter Canisius) was born in Nimwegen (Germany at that time, now the Netherlands). In 1536 he began his studies at the University of Cologne. In 1543 he became the first German to enter the order of Jesuits. He founded the first Jesuit house in Germany in Cologne. During his lifetime he founded many other Jesuit centers in Germany including Ingolstadt and Prague. He taught at a number of universities and for a time was the rector (president) of the University of Ingolstadt. He was a prolific writer and preacher. He was active in several pivotal assemblies in the early struggles between Protestantism and Catholicism. He was an advisor to the Bishop of Augsburg at the Council of Trent. At that Council he met and was personally instructed by the founder of his order, Ignatius. He became a leader in the “counterreformation” in Germany. His most noted work of this period was his “German Catechism”. Canisius died in Fribourg (Switzerland) in 1597. Canisius was canonized in 1925 by Pope Pius XI and named a Doctor of the Church. He is sometimes called the “Second Apostle of Germany” (Boniface being the first). 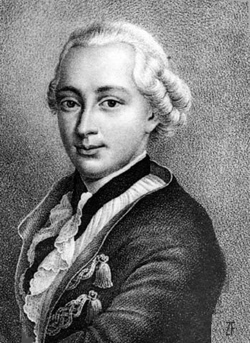 Birth of Josef Gottlieb Kölreuter (1733-1806) in Sulz, Germany. Kölreuter war a botanist who pioneered the study of plant hybrids. Kölreuter completed his doctorate in medicine at the University of Tübingen. He became a professor of natural history in Karlsruhe. In his work with plants he was the first to use artificial fertilization. He was also the first to cross plants of different species. 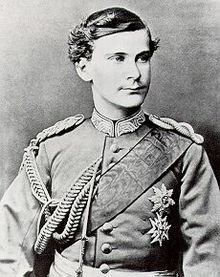 Birth of the younger brother of “Mad” King Ludwig of Bavaria (Neuschwanstein Castle), Otto (1848-1916), in Munich. Otto had been insane since 1872. When his brother, the king, Ludwig II died in 1886, Otto became the king, despite his insanity, under the regency of his uncle, Luitpold. He remained king until his cousin Ludwig III declared himself king on November 5, 1913.

The U. S. Justice Department bars the President of Austria Kurt Waldheim from entering the United States, because of his suspicious actions as a soldier in WWII.