Birth of Karl Philipp Fürst von Wrede in Heidelberg, Germany. Karl was a German general who, however, formed an alliance with Napoleon until 1813 (the year of the battle of Leipzig in which Napoleon was first defeated in battle). He then switched sides and joined the coalition of nations against France. 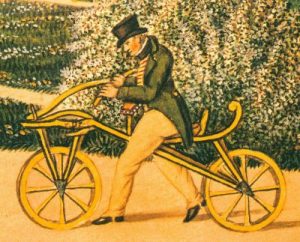 Birth of Karl Freiherr von Drais, a German forest official and significant inventor in the Biedermeier period. Drais invented the Laufmaschine (“running machine”), also later called the Velocipede, Draisine (English) or draisienne (French), also nicknamed “the hobby horse” or “dandy horse”. He also invented the earliest typewriter with a keyboard (1821). He later developed an early stenograph machine which used 16 characters (1827), a device to record piano music on paper (1812), the first meat grinder, and a wood-saving cooker including the earliest hay chest.

Birth of Fred Zinnemann in Vienna, Austria. Zinnemann studied law in Vienna but then developed an interest in making movies. He studied film making in Paris and in 1929 immigrated to the United States. In Hollywood he became a successful director. His films include High Noon (1952), From here to Eternity (1953), Oklahoma (1955), A Man for all Seasons (1966), The Day of the Jackal (1973) and Five Days one Summer (1982). Zinnemann died in 1997.

In WWI there is a mutiny in the French Army. General Nivelle is replaced with General Petain on May 15. German General Ludendorff does not learn of the mutiny in time to take advantage of it.

In Munich the Red Brigade under the leadership of a man named Seyler confiscates at gun point the automobile of the Papal Nuncio, Eugenio Pacelli (later to become Pope Pius XII).

At about midnight Adolf Hitler marries Eva Braun in the bunker in Berlin.

Death of Ludwig Wittgenstein in Cambridge, England (born in Vienna, Austria, April 26, 1889). Wittgenstein studied in England and later in his career returned to England as a professor. He is noted for his linguistic philosophy. 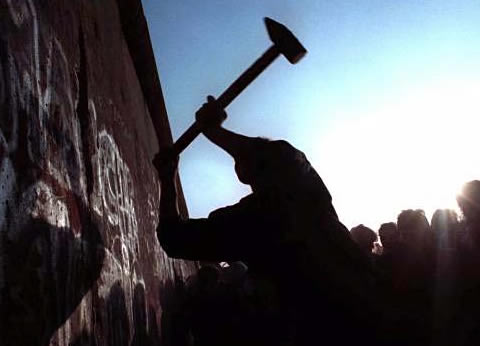 The demolition of the Wall in Berlin begins near the Brandenburg Gate. So-called “wall peckers” broke off pieces as souvenirs. An increasing number of new border crossings were created, leaving behind large gaps in the Wall. Border soldiers began dismantling the signal fence and other elements of the border fortifications. Both the East German government and members of the border troops began considering ways to market the Wall. Pieces of the Wall were sold all over the world. In June 1990 the systematic dismantling of the border grounds began at Ackerstrasse, between the districts of Wedding und Mitte, and was for the most part complete by the end of the year. The first sections of the Wall were designated an historical monument in 1990.