Death of St. Hermann Joseph von Steinfeld. St. Hermann Joseph was born in about 1150 in Cologne, Germany. His contemporary biographer relates that he was dedicated to the Blessed Virgin from his youth on. Many charming legends are told of his youthful dedication to Mary. At age 12 he entered the monastery at Steinfeld, Germany (Eifel). He was later ordained a priest and continued to be known for his humility and devotion to Mary. For many years he reported visions of the Blessed Virgin. He wrote many poems and hymns dedicated to Mary. Many of these are preserved. St. Hermann Joseph was canonized by Pope Pius XII in 1958. He is entombed in the monastery in Steinfeld. His feast day is April 7.

Birth of Franz Joseph Rudigier (1811 – 1884). Franz Joseph Rudigier was born on April 7, 1811 in Partenen, Austria. He became Archbishop of Linz in 1852. During the period after the laws of 1868 he resisted and was even imprisoned. (The laws of 1868 were nationalist laws corresponding to the “Kulturkampf” in Prussia and attempted to restrict the influence and activity of the Catholic Church in Austria.) The process of beatification was initiated in 1909. 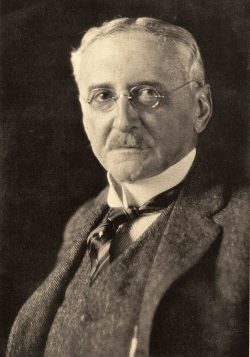 Birth of the biologist Jacques Loeb in Mayen, Germany. Loeb completed his M.D. at the university of Strasburg. He taught at the Universities of Würzburg and Strassburg. He moved to the United States in 1891 where he taught at Bryn Mawr College, the University of Chicago and the University of California at Berkeley. Loeb is most noted for his studies of reproduction without fertilization (parthenogenesis).

Death of the poet Georg Herwegh in Lichtental, Germany. 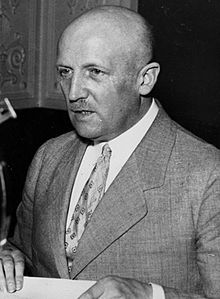 Birth of Kurt von Schleicher (1882-1934) in Brandenburg, Germany. Schleicher was one of the political leaders of the Weimar Republic. He became chancellor of the republic on December 1, 1932. He opposed the Nazis as they gained political strength. In January of 1933 Schleicher was replaced in the office of chancellor by Adolf Hitler. On June 30, 1934 he was murdered by the SS. 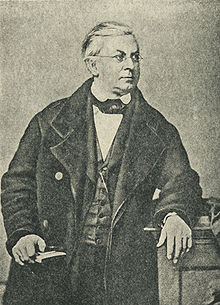 Death of Carl Theodor Ernst von Siebold (1804-1885) in Munich, Germany. Siebold was a biologist noted for his contributions to the science of parasitology and to the careful factual nature of his research in contrast to the more philosophical approach still common in science at that time. His Lehrbuch der vegleichenden Anatomie of 1846 was an important early work on comparative anatomy.

Death of Gottfried Angelo Mann (Golo) in Leverkusen, Germany. He was the son of the novelist, Thomas Mann. He earned his doctorate in philosophy at the University of Heidelberg, but made a career as a historian. He was imprisoned by the Nazis but escaped and spent the war years in the United States. Noted histories by Mann include Deutsche Geschichte des 19. und 20. Jahrhunderts (1958), andWallenstein: Sein Leben erzählt (1971). His autobiography is, Erinnerungen und Gedanken: Eine Jugend in Deutschland (1986)