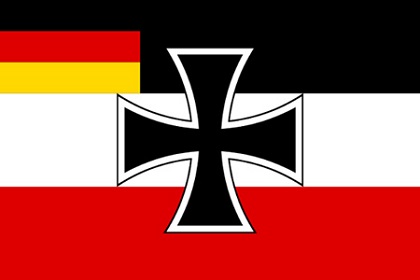 The Weimar Republic, proclaimed on November 9, 1918, was born in the throes of military defeat and social revolution. In January 1919, a National Assembly was elected to draft a constitution. The government, composed of members from the assembly, came to be called the Weimar coalition and included the SPD; the German Democratic Party (Deutsche Demokratische Partei–DDP), a descendant of the Progressive Party of the prewar period; and the Center Party. The percentage of the vote gained by this coalition of parties in favor of the republic (76.2 percent, with 38 percent for the SPD alone) suggested broad popular support for the republic. The antirepublican, conservative German National People’s Party (Deutschnationale Volkspartei–DNVP) and the German People’s Party (Deutsche Volkspartei–DVP) received a combined total of 10.3 percent of the vote. The Independent Social Democratic Party of Germany, which had split from the SPD during the war, won 8 percent of the vote. In February the assembly elected Friedrich Ebert as the republic’s first president. 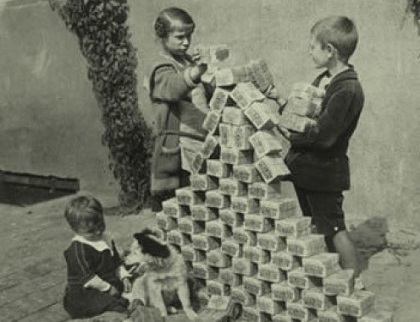 One of the first problems that the Weimar Republic faced was Hyperinflation. Money became so worthless that children could play with stacks of it. People’s savings were wiped out causing widespread discontent and civil unrest.

In mid-1919 the assembly ratified the constitution of the new Weimar Republic, so named because its constitution was drafted in the small city where the poets Goethe and Schiller had lived. The constitution established a federal republic consisting of nineteen states. The republic’s government was a mixed strong president and parliamentary system, with the president seen by many as a sort of substitute Kaiser. The president was elected by popular direct ballot to a seven-year term and could be reelected. He appointed the chancellor and, pursuant to the chancellor’s nominations, also appointed the cabinet ministers. However, the cabinet had to reflect the party composition of the Reichstag and was also responsible to this body. Election to the Reichstag was by secret ballot and popular vote. Suffrage was universal. Thus, Germany had a truly democratic parliamentary system. However, the president had the right to dismiss the cabinet, dissolve the Reichstag, and veto legislation. The legislative powers of the Reichstag were further weakened by the provision for presidential recourse to popular plebiscite. Article 48, the so-called emergency clause, accorded the president the right to allow the cabinet to govern without the consent of parliament whenever it was deemed essential to maintaining public order.


Related articles:
Problems of Parliamentary Politics in The Weimar Republic
The Stresemann Era
Hitler and the Rise of National Socialism