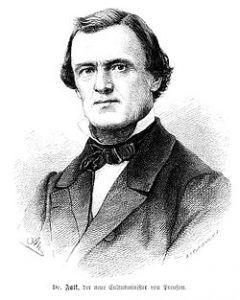 Birth of Adalbert Falk in Metschkau, Prussia. He was in charge of the “Kurlturkampf” against the Roman Catholic Church. His title was Minister of Ecclesiastical Affairs and Education. 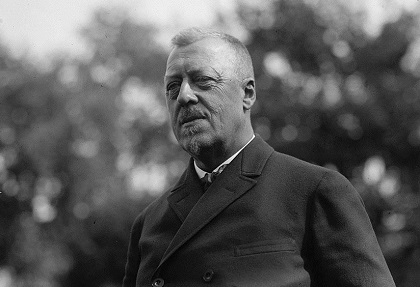 Birth of Hugo Eckener in Flensburg, Germany. It was Eckener who commanded the dirigible, Graf Zeppelin, on its around-the-world flight in 1929 and a number of other spectacular flights. Out of favor with the Nazi government, he had been relieved of command just prior to the 1937 disaster in Lakehurst, New Jersey.

Birth of Rudolf Hilferding in Vienna, Austria. Hilferding was a leader in Viennese Marxism. He became a German citizen in 1920. He fled Germany during WWII but was captured. He died in a prison in Paris in 1941.

Birth of Alfred Döblin in Settin, Germany. Döblin was a novelist of the Expressionist period. During WWII he lived in the United States. His works include, Wallenstein, Berge, Meere und Giganten and Berlin Alexanderplatz.

Death of Ernst Felix Hoppe-Seyler in Wasserburg am Bodensee, Germany. Hoppe-Seyler was a physician who worked to establish biochemistry as an academic discipline. He was the first to extract lecithin in a pure form. He introduced the term protein. 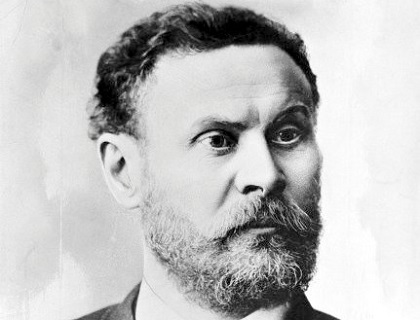 Birth of Wolfgang Paul in Lorenzkirch, Germany. A physicist, he won the Nobel Prize for Physics in 1989 for the invention of a device which captures ions and retains them to allow measurement. He taught at the Universities of Bonn and Göttingen.

Death of Walther Gerlach in Munich, Germany. Gerlach was a professor of physics at the University of Tübingen and Munich. He did substantial work on the deflection of atoms in a non-homogeneous magnetic field.