Birth of Heinrich Biber in Wartenberg, Bohemia (Austrian Empire, now Czech Republic). Biber was a composer and violinist who worked as court musician for the Archbishop of Salzburg.

Birth of Johann Jakob Herzog in Basel, Switzerland. A Protestant theologian at the Universities of Halle and Erlangen, he edited the standard work on Protestant theology, Real-Encyklopädie für protestantische Theologie und Kirche. 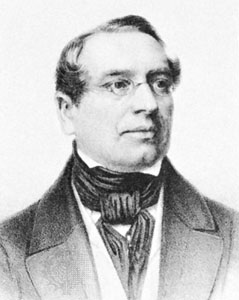 Birth of Johann Karl Rodbertus in Greifswald, Germany. Rodbertus was an economist whose views on economics were sufficiently liberal to enable economic reform, but sufficiently conservative to be accepted by the powers of the times. He was thus a key figure in passing the economic/social reforms in Prussia. He recognized that the working poor could not earn enough to have a positive effect on the whole of the national economy and thus needed more to effect a general rise in the standard of living.

Birth of Colmar Freiherr von der Goltz near Labiau, East Prussia (now Russia). He was a Prussian field marshal who reorganized the Turkish army and was head of the Turkish army in Iraq during WWI.

Birth of Erwin Schrödinger in Vienna, Austria. Schrödinger was a theoretical physicist who won the Nobel Prize for Physics in 1933 for his work on the wave theory of matter. He was on the faculty at the University of Berlin until 1933 when he resigned and left due to growing Nazi influence in Germany. 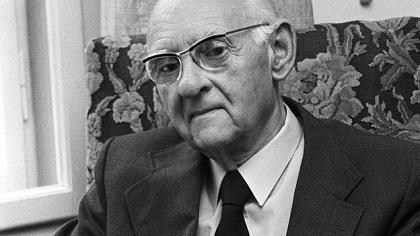 Hans Urs von Balthasar was born in Lucerne, Switzerland on August 12, 1905. He studied philosophy and German literature at the universities of Zurich, Vienna and Berlin. He became a Jesuit in 1929. He completed his theological studies with Henri de Lubac. He left the Jesuit order due to conflicts in views in 1950. Over time his work gained the admiration of such leaders in theology as Pope John Paul II, Cardinal Joseph Ratzinger, Henri de Lubac and Bishop Karl Lehmann. In 1988 he was named a cardinal by Pope John Paul II but died two days before the ceremony (June 26, 1988). Important works by Balthasar include, Herrlichkeit (1961-1969), Cordula (1966), Theodramatik (1973-1983), Die antirömische Affekt (1974) and Theologik (1985). Von Balthasar died on June 26, 1988.

200,000 Austrian troops commanded by Austrian general, Oskar Potiorek attack Serbia. (They are driven back by August 16.)

Karl Friedrich Goerdeler is arrested in Poland where he has been hiding. Goerdeler was one of the leaders in the resistance movement against Hitler. The culmination of the efforts was the attempted assassination of Hitler on July 20, 1944. It is likely that if the attempt had succeeded, Goerdeler would have become the chancellor of a new government. The attempt failed, however, and Goerdeler went into hiding. He was found and arrested on August 12, sent to prison and hanged on February 2, 1945. 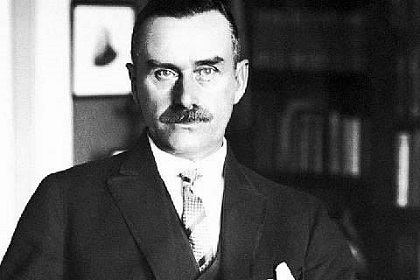 Death of Thomas Mann in Zurich, Switzerland. Thomas Mann was certainly one of the greatest German novelists of the 20th century. He won the Nobel Prize for Literature in 1929. Novels which have gained him world wide recognition as a writer include, Der Zauberberg, Der Tod in Venedig, Lotte in Weimar, and Doktor Faustus. Mann acknowledged a strong influence of the philosophers Arthur Schopenhauer and Friedrich Nietzsche as well as the composer, Richard Wagner. Early on he spoke out against the growing Nazi party. He was on vacation in Switzerland in 1933 when Hitler became chancellor. Mann refused to return to Germany. In 1936 his German citizenship was revoked. He stayed in Switzerland until 1938 when he immigrated to the United States. After the war he refused to return to Germany. In 1952 he returned to live in Switzerland.

The West German government under the leadership of Willy Brandt signs a non-aggression treaty with the Soviet Union.