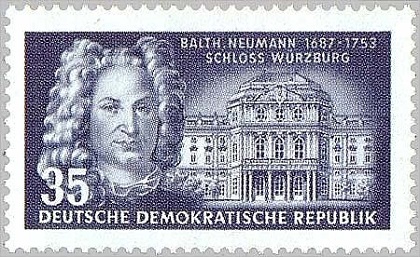 Death of the architect Balthasar Neumann in Würzburg. Neumann was clearly the master of Baroque architecture. He was born in Eger, Bohemia (then Austria, now in the Czech Republic) in 1687. He moved to Würzburg in 1711 and gained the patronage of the prince-bishop (Holy Roman Empire) of Würzburg. He eventually rose to be the chief designer. His masterwork is the palace of Würzburg which he started in 1719. Other noted buildings by Neumann include the Schoenborn Chapel in the Würzburg Cathedral, the Vierzehnheiligen pilgrimage church, the Paulinus church in Trier and the abbey church at Neresheim.

Death of Johann Kalb in Camden, South Carolina (born in Hüttendorf, Germany). Experienced as an officer in a German regiment of the French infantry he secured a commission in the American Continental Army and immigrated in 1777. He died fighting the British.

Death of Richard Adelbert Lipsius in Gera, Germany. Lipsius was a Protestant theologian who identified the authorship of early Christian literature. He also worked with the history of the early papacy. 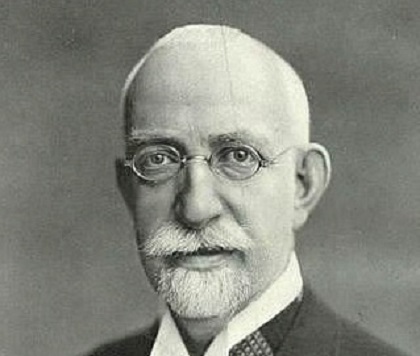 Death of Wilhelm Streitberg in Leipzig, Germany. Streitberg was one of leaders in work on early Germanic languages. He wrote Urgermanische Grammatik (1896), Gotisches Elementarbuch (1897) and Die gotische Bibel (1910). Streitberg was a professor at the universities of Freiburg, Münster, Munich and Leipzig. 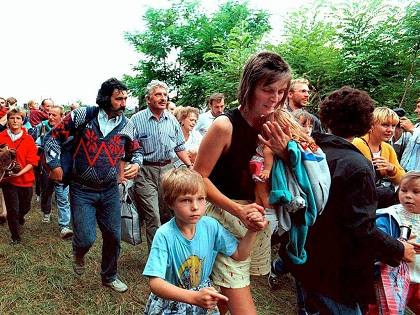 600 East Germans flee over the Hungarian border to Austria as a result of the “pan-European picnic.” By the end of August 4,000 will have fled to Austria through Hungary. On August 19, 1989, Hungarian dissidents organized a peace demonstration on the Austro-Hungarian border at Sopron, and had agreed that they would symbolically open the border for a few hours that day so that they could have a picnic together. But it became more than a merely symbolic act: whilst Hungarians were already allowed to travel freely at that time, about 600 citizens of East Germany, the GDR, used the opportunity to flee to the West. The episode went down in history as a “pan-European picnic.”

Laszlo Magas from Sopron, now retired, was one of the main organizers of the event back then and still remembers that historic day very clearly: “It was a stroke of luck or a twist of fate that the East Germans could flee in this way,” he says. “At that time we were threatened with prosecution but by the next day I already felt that we had set the world on fire. And a friend said to me: ‘We’ve made history!’