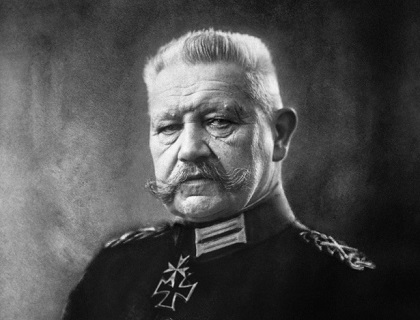 General Paul von Hindenburg becomes Chief of Staff of the Prussian Army. He largely controlled German policy in the second half of World War I and served as the elected President of Germany from 1925 until his death in 1934. 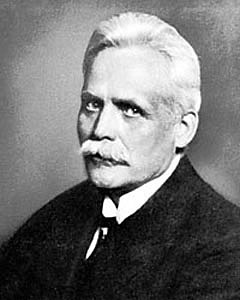 Death of Wilhelm Wien in Munich, Germany. Wien was a German physicist who, in 1893, used theories about heat and electromagnetism to deduce Wien’s displacement law, which calculates the emission of a blackbody at any temperature from the emission at any one reference temperature.

He also formulated an expression for the black-body radiation which is correct in the photon-gas limit. His arguments were based on the notion of adiabatic invariance, and were instrumental for the formulation of quantum mechanics. Wien received the 1911 Nobel Prize for his work on heat radiation.

He was a cousin of Max Wien, inventor of the Wien bridge.

The German siege of Leningrad begins in WWII. 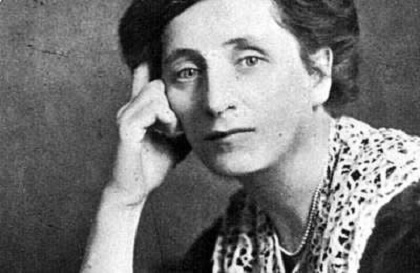 Death of Alice Salomon in New York City (born in Berlin). Salomon was one of the first women to earn a doctorate at the University of Berlin. Her 1906 doctoral dissertation approached the problem of women earning less for the same work than men. She established Germany’s first school of social work. She was one of the founders of the International Congress of Women in 1920. When Hitler came to power, she was forced to leave Germany and came to the United States where she remained until her death in 1948.