Birth of Friedrich List in Reutlingen, Germany. List was an economist who felt that protective tariffs were essential to industrial development. Due to his liberal ideas, he was exiled from Germany in 1825 and came to the United States where he had some influence with his views on tariffs. List’s principal work was Das Nationale System der Politischen Ökonomie (1841) and was translated into English as The National System of Political Economy. Before 1914, List and Karl Marx were the two best-known German economists and theorists of development. 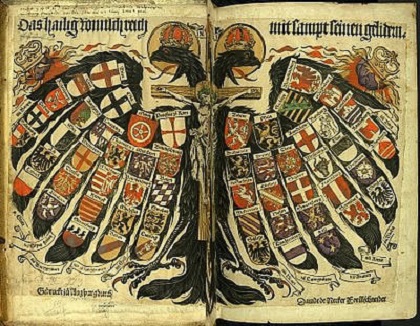 Francis II, the last Emperor of the Holy Roman Empire resigns his title and the Empire ends finally after 1,006 years. It had already long ceased to be a major political power, even though the prestige of the Imperial title conferred immense status and influence. Indeed, its description as neither Holy, nor Roman, nor an Empire was peculiarly relevant. The Holy Roman, or German Empire as it is sometimes described (despite northern Italy being also considered part of the Imperial domain) could nonetheless claim to be the territorial successor of the Western Roman Empire, despite its later foundation. Although the Eastern Empire of Byzantium, which expired in 1453, had enjoyed an unbroken succession from the time of Constantine the Great, its claim to jurisdiction beyond the boundaries of the western Balkans was never acknowledged in practice.

Birth of Alfred Hettner in Dresden, Germany. Hettner was a geologist at the University of Heidelberg. He was influential in bringing scientific rigor and philosophy to the field of geography.

The Austrio-Hungarian Empire declares war on Russia (World War I).

The deportation of 70,000 Jews from Lodz, Poland to Auschwitz begins.