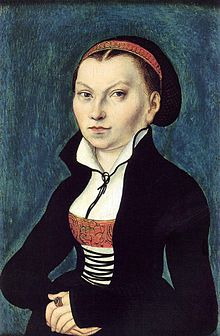 Death of Katharina von Bora (1499-1552), wife of Martin Luther, in Torgau. “Die Lutherin”, as she was referred to, was sent at the age of 5 to the Benedictine cloister in Brehna in 1504 for education. At the age of 9 she moved to the Cistercian monastery Marienthron (Mary’s Throne) in Nimbschen. After several years of religious life, Katharina became interested in the growing reform movement and grew dissatisfied with her life in the monastery. Conspiring with several other nuns to flee in secrecy, she contacted Luther and begged for his assistance. Luther eventually married Katharina on June 13, 1525.

Katharina immediately took on the task of administering and managing the vast holdings of the monastery, breeding and selling cattle, and running a brewery in order to provide for their family and the steady stream of students who boarded with them and visitors seeking audiences with Luther. In times of widespread illness, Katharina operated a hospital on site, ministering to the sick alongside other nurses. Luther called her the “boss of Zulsdorf,” after the name of the farm they owned, and the “morning star of Wittenberg” for her habit of rising at 4 a.m. to take care of her various responsibilities.

In addition to her busy life tending to the lands and grounds of the monastery, Katharina bore six children. 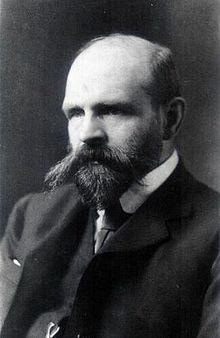 Birth of Kuno Meyer in Hamburg, Germany. Meyer began his academic career as a lecturer in German at University College and continued at the University of Liverpool. He developed an interest in Irish studies and began publishing English translations of ancient Irish literature. He established the School of Irish Learning in Dublin in 1903. In 1911 he became the professor of Celtic studies at the Friedrich-Wilhelms-Universität (later the Humboldt Universität) in Berlin.

The Soviet authorities depose the leaders of the CDU, Jakob Kaiser and Ernst Lemmer, in the Soviet Occupation Zone. 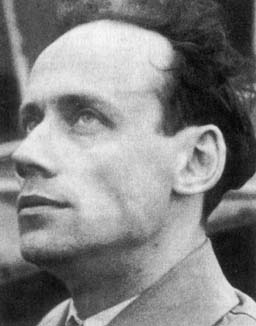 Death of Emil Artin in Hamburg, Germany. Artin, a mathematician, made his most significant contribution to mathematics in the area of class field theory with his general law of reciprocity. He also solved the Hilbert problem of definite functions, worked with hypercomplex numbers and developed a theory of braids. He taught at the Universities of Gottingen and Hamburg, and then immigrated in 1937 to the United States where he taught at Notre Dame, Indiana University and Princeton University. In 1958 he returned to Europe to teach at the University of Hamburg.