Death of St. Peter Canisius (1521 – 1597) Peter de Hondt (St. Peter Canisius) was born in Nimwegen (Germany at that time, now the Netherlands). In 1536 he began his studies at the University of Cologne. In 1543 he became the first German to enter the order of Jesuits. He founded the first Jesuit house in Germany in Cologne. During his lifetime he founded many other Jesuit centers in Germany including Ingolstadt and Prague. He taught at a number of universities and for a time was the rector (president) of the University of Ingolstadt. He was a prolific writer and preacher. He was active in several pivotal assemblies in the early struggles between Protestantism and Catholicism. He was an advisor to the Bishop of Augsburg at the Council of Trent. At that Council he met and was personally instructed by the founder of his order, Ignatius. He became a leader in the “counterreformation” in Germany. His most noted work of this period was his “German Catechism”. Canisius died in Fribourg (Switzerland) in 1597. Canisius was canonized in 1925 by Pope Pius XI and named a Doctor of the Church. He is sometimes called the “Second Apostle of Germany” (Boniface being the first).

Birth of Ludwig Heinrich Hölty in Mariensee, Germany. The poet, Hölty was a member of the poets’ association, Göttinger Hain. He was strongly influenced by Friedrich Klopstock. 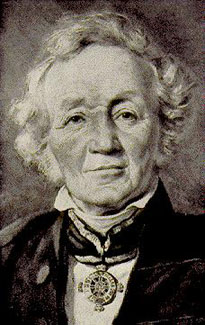 Birth of Leopold von Ranke in Wiehe, Germany. Von Ranke was a professor of history at the University of Berlin. He was the leading historian of the 19th century. His scholarly care and objectivity in the writing of history set standards for historians far beyond his own lifetime. Von Ranke was a very religious man and his original attraction to history was to understand God’s plan in the complexity of historical events. 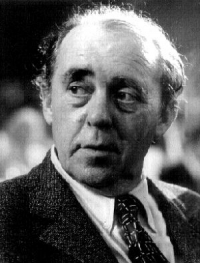 Birth of Heinrich Böll in Cologne, Germany. Böll won the Nobel Prize for Literature in 1972. Born in 1917, he graduated from high school on the eve of World War II. He spent 6 years in the German army suffering the, “frightful fate of being a soldier and having to wish that the war might be lost.” Among Böll’s works are Wo warst du Adam? (1951), Billard um halb zehn (1959), Ansichten eines Clowns (1963), Gruppenbild mit Dame (1971) and Die verlorene Ehre der Katharina Blum (1974). Böll’s pacifist and humanist views and actions made him a figure of some controversy in his later life.

Birth of Kurt Waldheim in St. Andrä-Wördern, Austria. Waldheim was the Secretary General of the United Nations from 1972-1981. He was the President of Austria from 1986-1992. Controversy surrounded his efforts to be elected President. There was a discrepancy between information in his published autobiography and certain documents from WWII. There was suspicion that he might have been involved in war crimes. Waldheim was elected President, but his term of office was clouded with suspicion. 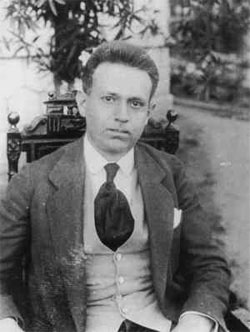 Suicide of Kurt Tucholsky. Tucholsky was a satirist and cabaretist. Tucholsky’s left-leaning books were banned by the Nazi party in 1933 and his German citizenship was taken from him.