Death of St. Irmina von Ören. St. Irmina was born near Trier, Germany in the 8th century. She was a nun in the monastery at Öhren near Trier. She is said to have assisted St. Willibrord in his missionary work. She was the daughter of a noble and wealthy family and donated the property at which the monastery of Echternach (in modern Luxembourg) was founded by Willibrord. She died in 710 and is entombed in the Abby of St. Irmina in Trier. Her designation as a saint predates the practice of canonization by a Pope. Her feast day is celebrated on December 24. 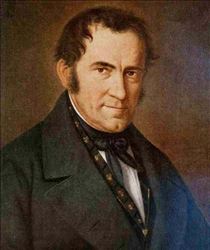 Austrian, Franz X. Gruber writes the music for “Silent Night” in Ansdorf (near Salzburg), Austria. (Lyrics by the Austrian Josef Mohr in 1816).

Birth of Elizabeth, Empress of Austria and Queen of Hungary, in Munich, Germany. Elizabeth was the wife of Emperor Franz Josef of Austria. She was assassinated on a visit to Switzerland by an Italian anarchist, Luigi Luccheni, in 1898. 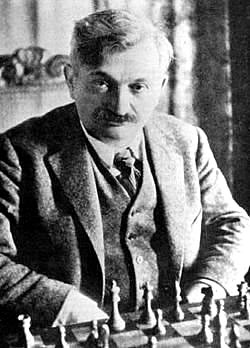 Birth of Emanuel Lasker (1868-1941) in Berlinchen, Germany. Lasker was the world chess champion for 27 years, from 1894 to 1920. In his prime Lasker was one of the most dominant champions, and he is still generally regarded as one of the strongest players ever.

His contemporaries used to say that Lasker used a “psychological” approach to the game, and even that he sometimes deliberately played inferior moves to confuse opponents. Recent analysis, however, indicates that he was ahead of his time and used a more flexible approach than his contemporaries, which mystified many of them. Lasker knew the openings well but disagreed with many contemporary analyses. He published chess magazines and five chess books, but later players and commentators found it difficult to draw lessons from his methods. 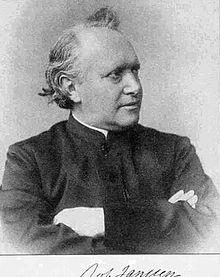 Death of Johannes Janssen in Frankfurt am Main. Janssen is noted for his eight volume Geschichte des deutschen Volkes seit dem Ausgang des Mittelalters (1876-1894). The history made important contributions to German cultural history and especially 15th century studies, but since the viewpoint was quite blatantly pro Catholic and anti Protestant, the book became quite a controversial matter.

Death of Alban Berg in Vienna, Austria. Berg was a composer, a student of Arnold Schoenberg. He composed primarily instrumental music, but is broadly known for his two operas, Wozzeck and Lulu. The text of Wozzeck is adapted from Georg Büchner’s Woyzeck and that of Lulu from the work of Frank Wedekind. Berg’s music in all formats is atonal and chromatic.

In a radio address on Vatican Radio during World War II, Pope Pius XII laments the “hundreds of thousands, who without any fault of their own, sometimes only by reason of their nationality or race, are marked down for death or gradual extinction”.