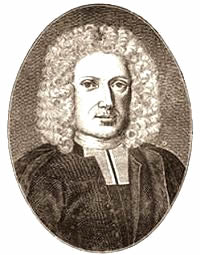 Birth of Rudolph Jacob Camerarius (1665-1721) in Tübingen, Germany. Camerarius was the botanist who proved the existence of sexes in plants, identified the reproductive parts, and demonstrated the role of pollen. He was a professor of medicine and director of the botanical gardens at Tübingen.

Birth of Adam Friedrich Oeser in Hungary. A painter, Oeser was educated in Vienna and spent his adult life working in Germany. He joined the art historian Johann Winckelmann in urging that art be based on Greek masterpieces. Oeser worked primarily in Dresden and Leipzig painting in oil and creating frescos in public buildings. Oeser died in Leipzig on March 18, 1799. 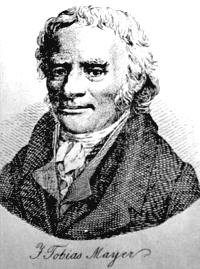 Birth of Johann Tobias Mayer (1752-1830) in Marbach, Germany. Mayer was the astronomer who worked out lunar tables sufficiently accurate to determine longitude at sea within a half a degree. He had developed a system of calculating longitude by measuring angular separation between the moon and fixed stars as well as a system of correcting for atmospheric refraction. Mayer published his first calculations while a cartographer in Nürnberg. He was later appointed professor at the University of Göttingen. Mayer died on February 20, 1762 in Göttingen.

Birth of Friedrich Klinger in Frankfurt am Main, Germany. A dramatist (and later in life a general), Klinger gave the name to the Sturm und Drang movement in German literature with his play Der Wirrwarr, oder Sturm und Drang (1776). His play Die Zwillinge (1776) is also of historic significance as is his novel of 1791, Fausts Leben, Taten und Höllenfahrt.

Birth of Friedrich Eduard Beneke in Berlin, Germany. An anti-Hegelian philosopher at the University of Berlin, Beneke argued that inductive psychology is the starting point of all philosophy.

Death of Johann Pestalozzi in Brugg, Switzerland. Pestalozzi was a philosopher of educational reform, whose ideas comprise much of the way we think of early education today. Such matters as his notion that the poor should also be educated, consideration of individual differences, group work, and formal training of teachers were revolutionary in his day. He was deeply influenced by the romantic philosopher Jean-Jacques Rousseau. Books by Pestalozzi include, Die Abendstunde eines Linsiedlers (1780), Meine Nachforschung über den Gang der Natur in der Entwicklung des Menschengeschlechts (1797) and Wie Gertrud ihre Kinder lehrt (1801).

Birth of Otto Liman von Sanders in Stolp, Germany. In 1913 Liman, a German general, was appointed head of the German military mission in Turkey with the purpose of reorganizing and building the Turkish army. His major victory was at the head of the Turkish 5th Army which forced the British and Australian troops out of the Dardanelles in World War I. 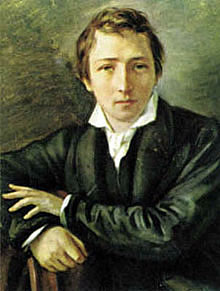 Death of Heinrich Heine (1797-1856) in Paris (born in Düsseldorf, Germany). Heine studied at the University of Göttingen where he earned a degree in law. Although he converted from his Jewish roots to Christianity in 1825 with the specific purpose of opening the possibility of a career in law he never did practice. His true talents and interests lay in poetry. Although he was in many respects overshadowed by his contemporary, Johann Wolfgang von Goethe, he was one of the greatest poets of the century. Inspired with the ideals of French democracy he left Germany for a life in Paris in 1831. Among Heine’s works are Buch der Lieder (1827), Ideen. Das Buch Le Grand (1827), Neue Gedichte (1844) and Romanzero (1851). The last years of Heine’s life were tormented with a decay of his nervous system.

Birth of Ernst Troeltsch in Haunstetten, Germany. Troeltsch was a theologian and philosopher who did extensive work in ethics, the sociology of religion and comparative religious studies. His primary academic appointments were at the universities of Heidelberg and Berlin. Often criticized for his relativism he insisted that the church rethink its claim to absolute truth. Troeltsch died on February 1, 1923 in Berlin. 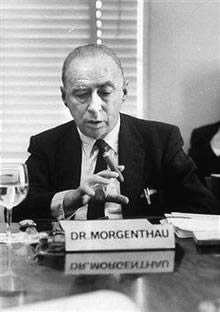 Birth of Hans J. Morgenthau in Coburg, Germany. Morgenthau was educated in law in Germany. He became the chief of the German Labor Law Court in Frankfurt before accepting a temporary teaching position in Geneva. Hitler came to power while Morgenthau was in Switzerland. Not wishing to return to Hitler Germany, he immigrated to the United States. He taught at a number of American universities during the following 40 years. During that academic career he wrote several books on international politics.

Death of Graf Lexa von Aehrenthal in Vienna. He was the Austro-Hungarian foreign minister at the time of the annexation of Bosnia and Herzegovina (1908). 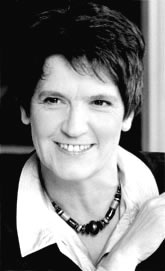 Birth of Rita Süssmuth in Wuppertal, Germany. Dr. Süssmuth studied Romance languages and history at the Universities of Münster, Tübingen and Paris. She was in turn a professor at the Ruhr University of Bochum. A member of the CDU party, she has been a member of the Bundestag since 1987. She has held several ministerial positions in the German government and was elected President of the Bundestag in 1988 and reelected in 1994.

Death of Bruno Walter in Beverly Hills, U.S.A. Walter was a leading orchestral conductor of his day. After establishing a reputation in Cologne, Berlin, Vienna and Leipzig he moved to the United States (1939) where he conducted in New York.

Death of Hans Hofmann in New York City (born in Weissenberg, Germany). Hofmann studied painting in Munich and Paris. He opened an art school in Munich in 1915. He developed Expressionist use of colors in his work. In 1930 he immigrated to the United States where he opened the Hans Hofmann School of Fine Art in New York. That school became one of the leaders in the U.S. His thinking and work tended more and more to total abstraction in painting. He was one of the developers of the paint-dripping technique.

Death of the writer Ernst Jünger in Riedlingen, Germany.