Birth of Constantine. Constantine the Great was the emperor of the Roman Empire. He had started his political career as one of the four Roman Emperors at the time of the division of power. He ruled the Western Empire from the city of Trier (now in Germany). He later waged battle against the other emperors and emerged finally as the sole emperor. It was Constantine who first tolerated Christianity and later made it an official religion of the Empire. His basilica still stands in Trier as do several other structures from the time of his rule there. The present day cathedral of Trier was the home of Constantine’s mother, St. Helena.

Birth of Franz Mehring in Schlawe, Germany. Mehring became the head of the Berlin leftist newspaper, the Berliner Volkszeitung in 1883. He joined the Social Democratic Party in 1890 and edited the Leipziger Volkszeitung and the SPD’s Neue Zeit. He opposed World War I and in 1916 became active in the Spartacusbund. He is noted for his biography of Karl Marx, Karl Marx: Geschichte seines Lebens (1918).

The beginnings of the revolution of 1848. After a successful democratic revolution in Paris between February 22-24, the first German demands are made. The “Mannheim petition” demands unrestricted freedom of the press, jury trials and a parliament. 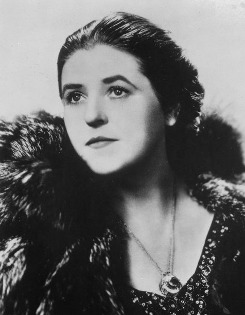 Birth of Lotte Lehmann in Perleberg, Germany. After musical study in Berlin, Lehmann began her operatic career in Hamburg. Later with the Vienna State Opera she developed a close working relationship with Richard Strauss. (The role of Arabella was created for her.) She immigrated to the United States and sang with the Metropolitan Opera. 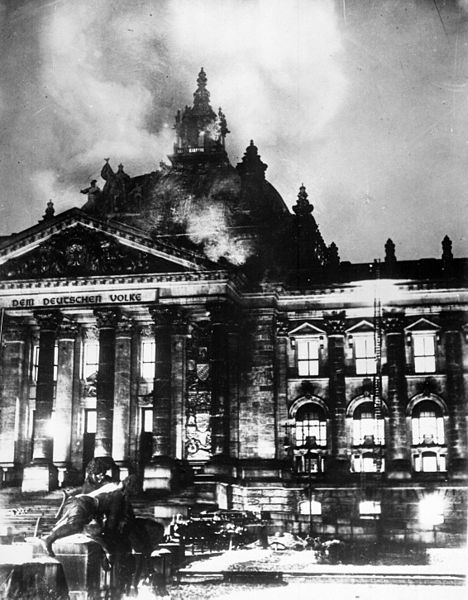 The Reichstag burns. The fire was allegedly set by a Dutch anarchist, Marinus van der Lubbe. (Van der Lubbe was found guilty by the German court and sentenced to death on December 23, 1933.) In a state of panic about the Reichstag fire the parliament passed the “Enabling Act” on March 23, 1933. The Enabling Act (German: Ermächtigungsgesetz) was a 1933 amendment to the Weimar Constitution that gave the German Cabinet – in effect, Chancellor Adolf Hitler – the power to enact laws without the involvement of the Reichstag. It followed on the heels of the Reichstag Fire Decree, which abolished most civil liberties and transferred state powers to the Reich government. The combined effect of these two bills was to bring the Weimar Republic to an end.

Death of Peter Behrens in Berlin, Germany. Behrens was an architect. He was the director of the arts and crafts school in Düsseldorf when in 1907 he was appointed AEG’s artistic adviser for all AEG products. He attracted such luminaries as Gropius, Mies van der Rohe and Le Corbusier to work with him on various projects.

Death of Konrad Lorenz in Altenburg, Austria. Lorenz is widely known for his book, Das sogenannte Böse (1963), (rather strangely translated title: On Aggression). He won the Nobel Prize for Physiology or Medicine in 1973. He earned the M.D. from the University of Vienna in 1928 and the Ph.D. in zoology in 1933. He developed the concept of “imprinting” in animals. He is also recognized for his work on the evolution of behavior in animals. In his later career he did similar studies involving humans.