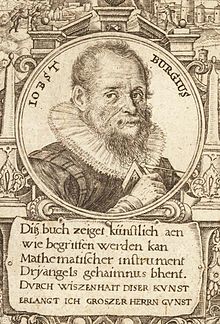 Birth of Joost Bürgi (1552-1632) in Lichtensteig, Switzerland. A watchmaker, astronomer and mathematician, Bürgi invented logarithms, possibly as early as 1588, and had compiled his logarithmic tables by 1603. (The Scottish mathematician, John Napier, who is often credited with the invention in British histories, invented logarithms independently and published his tables in 1614.)

Birth of Johann Joseph Ignaz von Döllinger in Bamberg, Germany. Döllinger was a Roman Catholic priest, a professor of canon law and a church historian in Munich. When the First Vatican Council of 1869-1870 defined the infallibility of the pope Döllinger could not accept the doctrine. He joined the Altkatholiken who broke with the Vatican after the council. His writing on the subject of papal infallibility was listed on the Roman Catholic Index of Forbidden Books and he was excommunicated in 1871.

Birth of Berthold Auerbach in Nordstetten, Germany. Auerbach studied early on for the rabbinate but drifted more and more to an interest in writing. He wrote 4 volumes of novellas with the title Schwarzwälder Dorfgeschichten. Auerbach died on February 8, 1882 in Cannes, France.

Birth of Alfred Graf von Schlieffen in Berlin, Germany. Schlieffen was the general who developed the “Schlieffen Plan” which was used in World War I to deal with a two front war. The plan called for an initial massive attack on France with the assumption that Russia would mobilize sufficiently slowly to allow the completion of hostilities in the west before forces would be needed in the east. Schlieffen died in the year before the outbreak of war. When the plan was actually used, Schlieffen had been replaced by Helmuth von Moltke, who made modifications of his own. 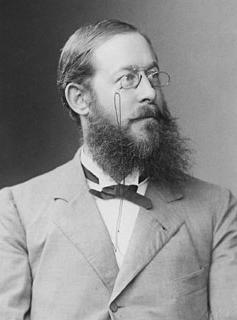 Birth of Joseph Freiherr von Mering (1849-1908) in Cologne, Germany. As a pathologist Mering did experiments with the pancreas which led to the discovery of the role of insulin. In his work in pharmacology with Emil Fischer he developed the barbiturates, barbital, veronal and proponal. Mering died on January 5, 1908 in Halle, Germany.

Birth of Victor Berger in Nieder-Rehbach, Austria. Rehbach immigrated to the United States at age 18. In Milwaukee he became the editor of a German language newspaper, Vorwarts and the Social Democratic Herald. He and Eugene V. Debs founded the Social Democratic Party which changed its name in 1901 to the Socialist Party. He opposed American entry into World War I, was tried under the Espionage Act for his activities and sentenced to 20 years in prison. However he was elected to Congress and after lengthy efforts was able to have his conviction reversed and to take a seat in the House of Representatives where he served until 1929. In 1927 he became chairman of the executive committee of the Socialist Party and served in that capacity until his death in 1929.

Death of Clemens von Pirquet in Vienna, Austria. A physician, Pirquet originated a skin test for tuberculosis, the Pirquet test. He gained his medical degree from the University of Graz.

The first Lome’ Agreement is signed between the EC (EG, Europäische Gemeinschaft) and 46 developing nations in Africa, the Caribbean and Asia. (The EC was the name used at that time for what is now called the EU (EU, Europäische Union).