The feast day of Hrabanus Maurus is celebrated on February 4 in Fulda, Mainz and Limburg. He entered the monastery at Fulda (Germany) at age 10. In 801 he began study with Alcuin at the monastery in Tours (France). He then returned to Fulda and became the headmaster of the school there. He was ordained a priest in 814. In 822 he became the abbot of the Fulda monastery. As abbot he led Fulda to become one of the outstanding educational institutions of the times. In 845 he became the Archbishop of Mainz. During his lifetime he alternated periods of intense practical activity with periods of reflection and writing. Hrabanus died on February 4, 856. (Hrabanus Maurus predates the formal practice of beatification and canonization but is referred to as “blessed” by many.)

The first German Pope, Gregory V, died on this date. (There had been an earlier Gothic Pope, Boniface II, who had reigned from 530-532. Gregory V was the first Pope with West Germanic origins.) Gregory V’s name was Brun von Kärnten. We are not certain of the exact date and specific location of his birth. Like his East Germanic predecessor, Boniface II, Gregory too struggled with an anti-pope who was elected by an opposing faction. Gregory V’s benefactor and protector, the Emperor Otto, had the anti-pope captured and deported. Gregory V in his role of Pope had crowned Otto Emperor on May 21, 996.

Death of Conradus Celtis in Vienna, Austria. Celtis gained the title, “Erzhumanist”. He was born on February 1, 1459. 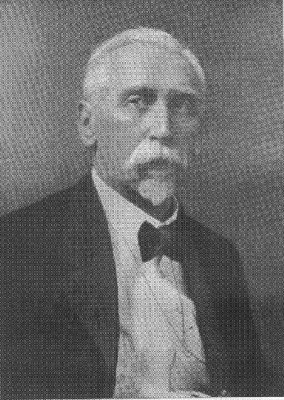 Birth of Hermann Collitz (1855-1935) in Bleckede, Germany. A linguist, Collitz contributed to knowledge of Indo-European languages, the study of Sanskrit and sound changes in Germanic languages. He was a professor at the University of Halle until 1886 when he immigrated to the United States and became a professor at Bryn Mawr College. Later he was appointed to a position at John Hopkins University.

Birth of Friedrich Ebert in Heidelberg, Germany. Ebert was a Social Democratic politician who worked on the constitution of the Weimar Republic and became the president of the republic from 1919 to 1925. 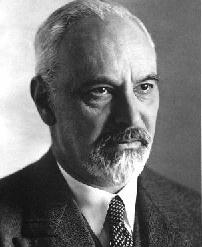 Birth of Ludwig Prandtl (1875-1953) in Freising, Germany. Prandtl was the physicist who developed the field of aerodynamics. He was a professor of physics at the universities of Hannover, and Göttingen. It was in Göttingen that he established a school of aerodynamics and hydrodynamics. He discovered the boundary layer of surfaces moving in air or water. He did extensive work on wing theory. He worked on the theory of what became known as the Prandtl-Glaubert rule for subsonic airflow.

Birth of Friedrich Hund in Karlsruhe, Germany. Hund was a physicist, a professor at the universities of Rostock, Leipzig, Jena, Frankfurt, and Göttingen. He worked in the field of the electronic structure of atoms and molecules. He was one of those who introduced the technique of using molecular orbitals to determine the electronic structure of molecules and chemical bond formation. 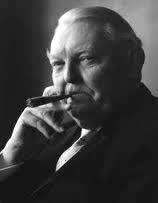 Birth of Ludwig Erhard (1897-1977) in Fürth, Germany. Erhard, the “Father of the Economic Miracle”, was active in German economic redevelopment beginning as early as 1945. In 1949 he became the minister of economics during the chancellorship of Konrad Adenauer. In that position he developed his vision of the “social market economy”. Erhard became the chancellor of West Germany in 1963.

Birth of Dietrich Bonhoeffer in Breslau, Germany (now Poland). Bonhoeffer was a Protestant theologian strongly supportive of ecumenism. Bonhoeffer studied at the universities of Tübingen and Berlin. In his development he was strongly influenced by the writings of Karl Barth. In 1931 he was appointed lecturer in systematic theology at the University of Berlin. From the beginning Bonhoeffer was opposed to the Nazi Party and actively resisted. Bonhoeffer was arrested on April 5, 1943 for his activities in resistance. In 1944 when the attempt was made to assassinate Hitler, the following investigation showed direct links between Bonhoeffer and the conspiracy. He was executed on April 9, 1945 in Flossenburg Prison. Noted works by Bonhoeffer were published posthumously, Ethik (1949), andWiderstand und Ergebung (1951).

Birth of Erich Leinsdorf in Vienna, Austria. Leinsdorf was a concert pianist and conductor. After establishing a reputation in Europe, he became the director of the New York Metropolitan Opera in 1939. In 1943 he was appointed to the Cleveland Orchestra. In 1957 he returned to the New York Metropolitan Opera. In 1962 he returned to Europe as the conductor of the Radio Symphony of West Berlin.

Death of Robert Koldewey in Berlin, Germany. Koldewey was an archeologist who found the remains of the city of Babylon in southern Iraq.

Roosevelt, Churchill and Stalin begin their meeting in Yalta. At that conference they agree to the division of Germany into four zones of occupation at the end of the War.