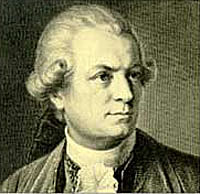 Birth of Georg Nissen in Haderslev, Denmark. A Danish diplomat, Nissen, lived in Vienna, where he met and married the widow of Wolfgang Amadeus Mozart, Konstanze. In cooperation with her he wrote the first biography of Mozart. In 1820 he and his wife moved to Salzburg where he lived until his death in 1826. 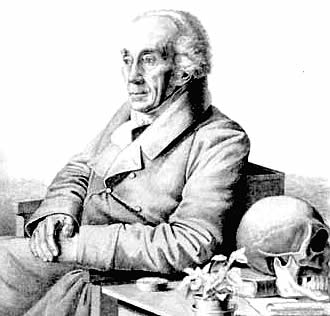 Death of Johann Friedrich Blumenbach (1752-1840) in Gottingen, Germany. Blumenbach, a comparative anatomist, naturalist and physician, is the “father of physical anthropology”. He was a professor at the University of Gottingen. It was he who created the classification of “Caucasian, Mongolian, Malayan, Ethiopian, and American.” He is the author of Collectionis suae Craniorum Diversarum Gentium Illustrateae Decades (1790-1828). 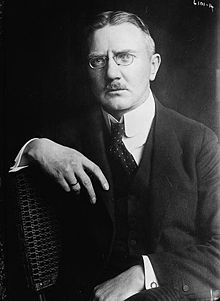 Birth of Hjalmar Schacht (1877-1970) in Tinglev, Germany. A banker, Schacht was a key figure in German financial matters from the beginning of the century through World War I and the Weimar Republic into the National Socialist period. Schacht had been the director of the Dresdner Bank from 1908. In 1916 he was named the director of the German National Bank. In 1923 he was currency commissioner in the finance ministry. In that position he headed a rigorous program to stop the inflation and stabilize the mark. Also in 1923 he was appointed head of the Reichsbank. From 1934 to 1937 he was the Minister of Economics.

Since he opposed the policy of German re-armament spearheaded by Hitler and other prominent Nazis, Schacht was first sidelined and then forced out of the Third Reich government beginning in December 1937, therefore he had no role during World War II. He became a fringe member of the German Resistance to Hitler and was imprisoned by the Nazis after the plot of 20 July 1944. After the war, he was tried at Nuremberg and acquitted.

Birth of Bruno Kreizky in Vienna, Austria. He was arrested by the Gestapo for a combination of his political affiliations and Jewish birth. After having been arrested and imprisoned he fled to Sweden in 1938. In 1970 he was elected Chancellor of Austria. He remained in that office until his resignation in 1983.

Death of Else Lasker-Schuler in Elberfeld, Germany. Laske-Schuler was a writer in Berlin until the rise of the Nazis. In 1933 she fled to Switzerland. In 1940 she moved to Jerusalem. Among her works are Styx (1902), Meine Wunder (1911), Hebraische Balladen (1913), and Der Wunderrabbiner von Barcelona (1921).