Death of Otto III, Emperor of the Holy Roman Empire in Viterbo, Italy (born in Germany in 980). As a child, Otto was crowned King of the Germans in Aachen in 983 following the death of his father, Otto II. In 996 he led his army to Rome to assist Pope John XV who was facing an insurrection by the forces of Crescentius. By the time Otto arrived the Pope had died but Otto was able to use his influence to secure the election of his cousin, Bruno von Kärnten, who took the name Gregory V and became the first German pope. In 996 Gregory V crowned Otto III as the Holy Roman Emperor. After Otto had left Crecentius challenged the papacy again, installing an anti-pope. Once again Otto led his troops to Rome and in 998 executed Crecentius and secured Gregory V in the office of pope. At this time he determined to remain in Rome with the intention of ruling Europe as a theocracy with himself as the ruler and the pope only somewhat below him in power in the Christian Europe he planned. 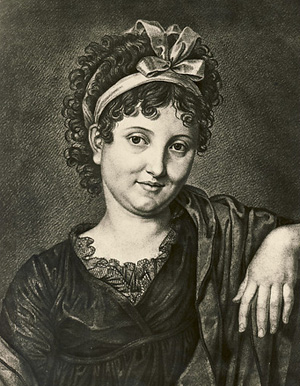 Christiane Vulpius (1765-1816) born in Weimar, Germany. Vulpius was the wife of Johann Wolfgang von Goethe. While wandering aimlessly in one of the parks near Rome, Goethe was accosted by a young girl, named Christiane Vulpius, who presented him with a petition in favor of her brother. She was a comely damsel, with golden curling locks, rosy cheeks, laughing eyes and a neatly rounded figure. The poet took her to his home, and she became his wife in conscience and the mother of his children, though he did not marry her until 1806, when the terrors of the French occupation made him anxious for his eldest son. 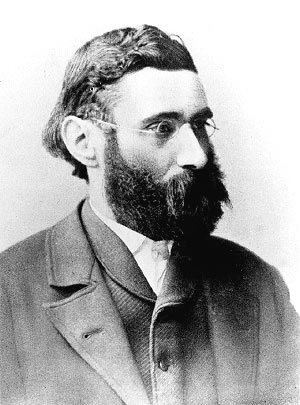 Birth of Ernst Abbe (1840-1905) in Eisenach, Germany. Abbe was a physicist who made significant progress in optical theory and thus in microscope design. He discovered the optical formula called the Abbe sine condition. He taught at the University of Jena. In 1866 he became the research director of the Zeiss optical company. While with Zeiss he invented the apochromatic lens system. In 1891 he established the Carl Zeiss Foundation for research in science and social improvement.

Death of Friedrich de La Motte Fouque in Brandenburg, Germany. Descended from a French noble family, Fouque was for a time a very popular writer. His best known works are Undine (1811) and Der Held des Nordens (1808). 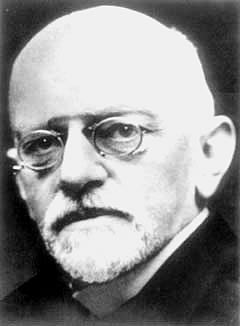 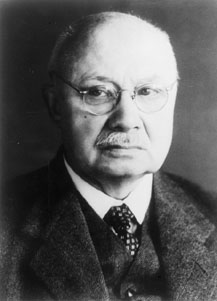 Birth of Otto Diels (1876-1954) in Hamburg, Germany. Diels, an organic chemist, was awarded the Nobel Prize for Chemistry in 1950 for his work on methods of preparing cyclic organic compounds. Educated at the University of Berlin, he taught at the University of Kiel. He discovered carbon suboxide.

Birth of Blessed Rupert Mayer (1876 – 1945) in Stuttgart. In 1899 he became a priest. In 1900 he became a Jesuit. He worked as a domestic missionary in Switzerland, Germany and Holland. He was a military pastor in World War I. In that capacity he was awarded the Iron Cross. (He was wounded and lost a leg while protecting a soldier with his own body.) For the remainder of the war and after its end he worked in Munich. He spoke out against the rising Nazi party early on. In 1937 he was arrested by the Nazis. He spent seven months in the concentration camp at Sachsenhausen in solitary confinement. Thereafter he was released but forbidden to preach. He was confined at the monastery at Ettal, Bavaria for the remainder of the war. He died on November 1, 1945. He was buried at the monastery cemetery at Ettal. His grave was soon visited by tens of thousands of pilgrims. His remains were then moved to the Jesuit church in Munich. Thousands still visit his grave site in Munich. In 1987 Mayer was beatified by Pope John Paul II. His day of remembrance in the Church is November 1. In Munich, however, his day of remembrance is November 3. 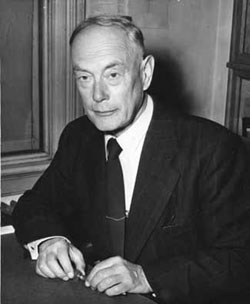 Birth of Paul Peter Ewald (1888-1985) in Berlin, Germany. Ewald was a physicist who worked with X-ray interference by crystals. He completed his doctorate at the University of Munich. In 1949 he immigrated to the United States and worked at the Polytechnic Institute of Brooklyn, N.Y. He was president of the International Union of Crystallography from 1960 – 1963.

Death of Joseph Beuys in Düsseldorf, Germany. Beuys, a sculptor, was a pilot in the German Air Force in World II. In 1943 he crashed in winter conditions and nearly froze. His rescuers tried to restore body heat by wrapping him in fat and felt. Although there is reason to believe that the story above was an artistic fabrication by Beuys, those substances would later play a continuing role in his sculpture. Beuys was a teacher at the State Academy of Art in Düsseldorf after 1961. In his creative work he worked with an international group called Fluxus. He developed the technique of staging events in galleries. His most noted was How to Explain Pictures to a Dead Hare in 1965. For the event he walked around a gallery for two hours with his body decorated and holding a dead rabbit, to which he explained the pictures in the exhibition.