Death of Heinrich Seuse (also spelled Suso in some texts) (original name Heinrich von Berg) in Ulm, Germany. Seuse, a Dominican, was one of the outstanding mystics in German religious history. He studied under another great mystic, Meister Eckehart in Cologne. He came under criticism and attack when he held to the positions of Meister Eckehart even when Eckehart was condemned by the Pope in 1329. Seuse’s most influential and lasting work is Büchlein der ewigen Weisheit (1328). Seuse was beatified by Pope Gregory XVI in 1831.

Birth of Govert Flinck in Kleve, Germany. Flinck was a Baroque portrait painter who studied under and painted in the style of Rembrandt. 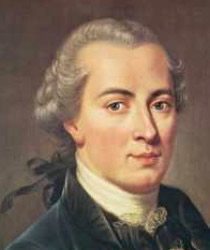 Birth of Friedrich Heinrich Jacobi (1743-1819) in Düsseldorf, Germany. The philosopher, Jacobi developed the philosophy of feeling (Gefühlsphilosophie). He is notable for coining the term “nihilism” and promoting it as the prime fault of Enlightenment thought particularly in the philosophical systems of Baruch Spinoza, Immanuel Kant, Johann Fichte and Friedrich Schelling.

Birth of Hans Freiherr von Gagern in Kleinniedesheim, Germany. Von Gagern represented the Netherlands during the Congress of Vienna from 1814 to 1815 and was one of the voices strongly favoring the reestablishment of the Holy Roman Empire. 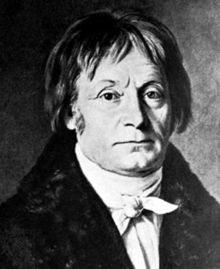 Birth of Joseph von Görres (1776-1848) in Koblenz, Germany. Görres was a Romantic writer who worked with Achim von Arnim and Clemens Brentano. In 1808 he founded the newspaper, Rheinische Merkur. In 1827 he became a professor of history at the University of Munich where he worked with a group of Roman Catholic scholars engaging in Catholic intellectualism. The Görres Society for the advancement of Roman Catholic studies was named for him in 1876.

Birth of Paul Bronsart von Schellendorf in Danzig, Germany (now in Poland). Von Schellendorff was the German Minister of War from 1883 – 1889.

Birth of Max Hoffmann (1869-1927) in Homberg an der Efze, Germany. Hoffmann was the developer of the military strategy which Hindenburg and Ludendorff used in the Battle of Tannenberg of 1914 which was the first major German victory on the Eastern Front in World War I. In 1918 he led the offensive against Russia which forced the final peace terms ending Russian participation in World War I.

Birth of Emil Ludwig in Breslau, Germany (now in Poland). Ludwig was a popular biographer. Among the figures treated in his biographies are Goethe, Bismarck, Lincoln, Hindenburg, Roosevelt and Beethoven.

The Soviet Union declares the end of the state of war with Germany. (Hostilities had ceased, actually, in 1945).

West Germany holds parliamentary elections. The CDU/CSU gets 44.3% of the vote, the SPD 37%, the FDP 9.1% and the Green Party 8.3%. The CDU/CSU coalition continues with the FDP. Helmut Kohl (CDU) continues as chancellor and Hans-Dietrich Genscher (FDP) as vice chancellor and foreign minister.

The Chancellor of the Federal Republic of Germany, Helmut Kohl, is awarded the Gold Medallion for Humanitarian Service of the international Jewish organization, B’nai B’rith. The award was given for Kohl’s fostering of German-Jewish dialog, the intensification of relations between Germany and Israel and his contributions to the peace process in the Middle East.