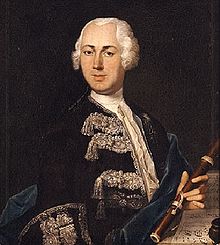 Death of Johann Joachim Quantz in Potsdam, Germany. Quantz was a musician who was the flute instructor of Friedrich der Große of Prussia when he was a youngster. Later Friedrich appointed him chamber musician and court composer in Berlin. Quantz composed nearly 500 flute pieces for Friedrich.

Death of Fritz Reuter in Eisenach, Germany. Reuter is the most well known of the writers in German dialect. He wrote in Plattdeutsch. His most significant books are Ut mine Stromtid, Ut mine Festungstid and Ut de Franzosentid. 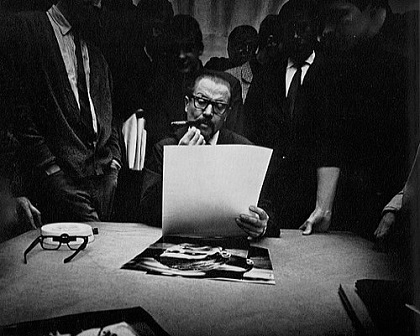 Birth of Otto Steinert (1915-1978) in Saarbrücken, Germany. Steinert was a noted photographer who introduced the Fotoform movement into German photography. Steinert was a medical doctor by profession and was an autodidact in photography. After World War II, he initially worked for the State School for Art and Craft (Staatliche Schule für Kunst und Handwerk, today HTW) in Saarbrücken. From 1959, he taught at a design school (Folkwang Academy) in Essen, where he later died.

His assets are today part of the photographic collection of the Museum Folkwang, Essen.

The German Constitutional Court (Verfassungsgericht) judges that German troops may participate outside of Germany in security missions. 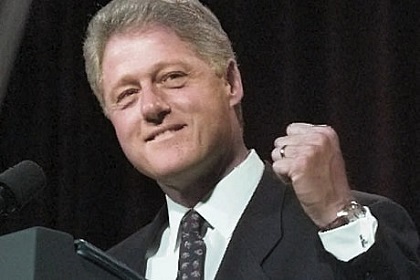 American president Clinton visits Berlin. From the Brandenburg Gate, a symbol of a divided Europe, Mr. Clinton faced east in celebration and told some 50,000 Berliners who thronged Pariser Platz that he rejoiced with them that “Berlin ist frei!”

Coming nearly five years after the Berlin wall fell, this visit of a United States President seemed belated to many. But Mr. Clinton accommodated with exuberance. With American and German flags presenting a forest of color behind him, the President followed his idol, John F. Kennedy, in using the German language to proclaim an eternal bond.

“Amerika steht an Ihrer Seite, jetzt und für immer,” he declared, promising that “America stands on your side, now and forever.”