Death of St. Answer. St. Answer (ca. 1035 – 1066) was born in the far north of Germany in the area which is now the state of Schleswig-Holstein. He was a Benedictine monk who undertook missionary work among the pagans to the East of his homeland. He was martyred by stoning in 1066 along with 28 of his fellow missionaries. He was canonized in 1147 by Pope Eugene III. His feast day is July 18.

Birth of Hermann von Reichenau in Saulgau, Germany. As a chronicler, he has become a primary source of information on his age.

Birth of Heinrich Bullinger in Bremgarten, Switzerland. Bullinger worked with Zwingli and contributed to moving Switzerland to Protestantism.

Birth of Hugo Riemann in Sondershausen, Germany. A musicologist, his works on harmony are considered to be the foundation of modern music theory. 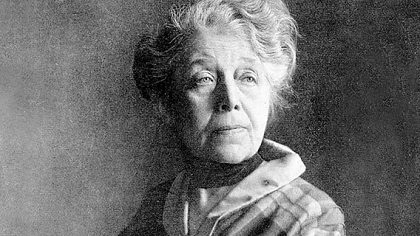 Birth of Ricarda Huch in Brauenschweig, Germany. She was a pioneering German intellectual. Trained as a historian, and the author of many works of European history, she also wrote novels, poems, and a play. Asteroid 879 Ricarda is named in her honour. Huch studied philosophy, history and philology at Zürich University, as women were not then eligible for degrees at German universities. In 1890, she was one of the first women to attain a doctorate from Zurich with a dissertation on “The neutrality of the Confederation during the Spanish War of Succession” (Die Neutralität der Eidgenossenschaft während des spanischen Erbfolgekrieges). Shortly after attaining her doctorate, she published poetry under the alias of Richard Hugo. After working as a librarian, Huch left for Bremen, where she taught German and history.

Death of Emanuel Leutze in Washington, D.C. Emanuel Leutze was born in Schwaebisch-Gmuend, Germany. Leutze came to America with his family as a youngster. In 1841 he returned to Germany to study at the art academy in Düsseldorf. He remained in Germany for 20 years, but was dedicated to painting a series of works on American history. His most known painting is “Washington Crossing the Delaware”. He returned to the United States in 1859 and in 1860 was commissioned to decorate a stairway in the Capitol Building. The name of his composition there is “Westward the Course of Empire Takes its Way”.

The doctrine of the infallibility of the Pope is defined as dogma by the Roman Catholic Church. The final vote at the first Vatican Council was 533 to 2. The German, French and U. S. bishops were strongly opposed to the dogma and a large number of the representatives from those delegations had left the council before the final vote was taken.

Birth of Kurt Masur in Grieg, Germany (now in Poland). Masur was the conductor of the Leipzig Gewandhaus Orchestra at the time of the demonstrations against the East German regime. He is credited with intervening to prevent the shooting of the demonstrators.

Heinrich Brüning, German chancellor in the Weimar Republic, dissolves the Reichstag, in the hopes of gaining a more workable government through new elections. To his surprise the new elections result in a greatly increased presence of the Nazi party. 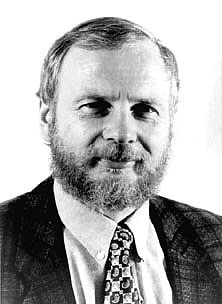 Birth of Hartmut Michel in Ludwigsburg, Germany. Michel is a biochemist who won the Nobel Prize for Chemistry in 1988 for the determination of the structure of certain proteins used in photosynthesis. Since 1987 he has been director of the Molecular Membrane Biology department at the Max Planck Institute for Biophysics in Frankfurt am Main, Germany, and professor of biochemistry at the Goethe University Frankfurt.