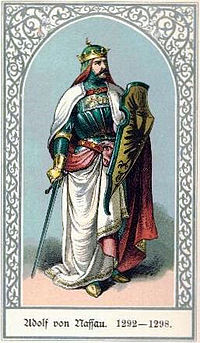 Graf Adolf von Nassau was crowned German King at Aachen. He was King of the Germans until deposed by the Habsburg, Albert I.

Death of Johann Julius Hecker in Berlin, Germany. It was he who developed the “Realschule”, the track of secondary schools stressing practical education to parallel the classic educational schools. He opened the first “Realschule” in 1747 in Berlin.

Birth of Ernst Weber in Wittenberg, Germany. Weber was an anatomist who made several important discoveries in the area of the sense of touch.

Treaty of Reichenbach between Austria, Prussia, and Russia by which Austria (Napoleon’s ally in the attach on Russia in 1812) agrees to join against France if peace is not concluded. (Austria would declare war on France in August.) (Arrangements by Metternich.) 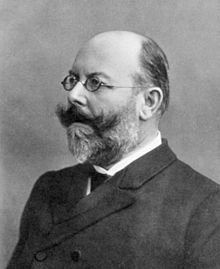 Birth of Friedrich August Löffler (1852-1915) in Frankfurt an der Oder, Germany. In 1884 he and Edwin Klebs found the cause of diphtheria, the Klebs-Löffler bacillus. 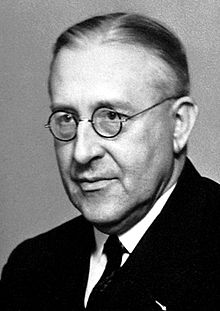 Birth of Victor Francis Hess (1883-1964) in Waldstein, Austria. He was a physicist who won the Nobel Prize for Physics in 1936 for his discovery of cosmic rays.

Assassination of Walther Rathenau in Berlin, Germany. It was Rathenau who directed the organization of the German economy to a war status during WWI. He was the son of Emil Rathenau, who had founded the Allgemeine-Elektrizitäts-Gesellschaft (AEG) (A company something like GE in the United States). As WWI started Walther Rathenau was the head of AEG. He was active in the development of workers rights (Mitbestimmung) during the days of the Weimar Republic. Rathenau was assassinated by right wing radicals on June 24, 1922 in Berlin. 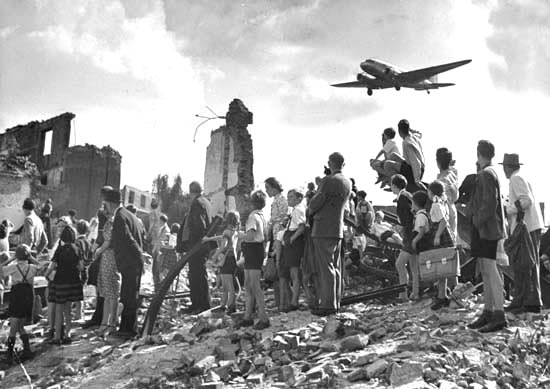 Start of the Berlin Blockade. It would last until May 12, 1949. During that period West Berlin was supplied by air from the West through the Berlin Air Lift. The Berlin blockade was one of the first major international crises of the Cold War. During the multinational occupation of post–World War II Germany, the Soviet Union blocked the Western Allies’ railway, road, and canal access to the sectors of Berlin under Allied control. Their aim was to force the western powers to allow the Soviet zone to start supplying Berlin with food, fuel, and aid, thereby giving the Soviets practical control over the entire city. 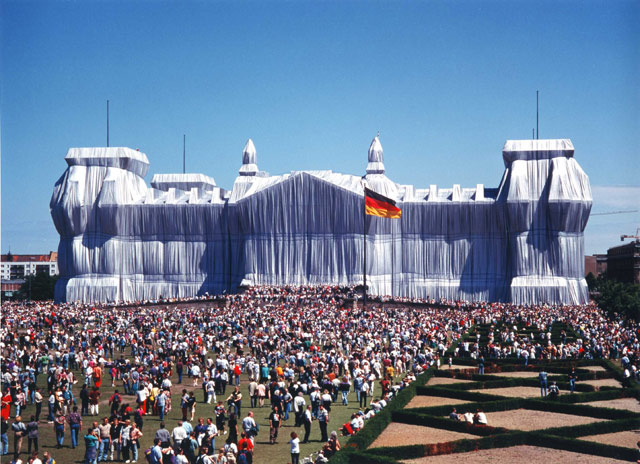