Death of Hermann von Salza in Salerno, Italy (born in Thüringen, Germany ca. 1170). Salza was the Grand Master of the Teutonic Knights who led them in their crusade in Hungary and the crusade against the pagan Prussians. The Prussian crusade would lead to the establishment of Prussia as a German, Christian theocracy under the control of the Teutonic Knights and eventually as a German state.

Birth of Friedrich Hölderlin in Lauffen, Germany. “Eins zu sein mit allem, was lebt, in seliger Selbstvergessenheit wiederzukehren ins All der Natur, das ist der Gedanken und Freuden, das ist die heilige Bergeshöh, der Ort der ewigen Ruhe.” Hölderlin studied at the theological seminary at the University of Tübingen and qualified for ordination as a Lutheran pastor, but was more drawn to Greek antiquity than to the ministry. He was befriended by Friedrich Schiller in 1793 and was much influenced by that great poet and thinker. Although Hölderlin is now recognized as one of the great German poets, he was little recognized in his own times. He earned a limited income through tutoring and during the later decades of his life suffered from insanity. Major works by Hölderlin include Hyperion (Vol. 1:1797, Vol. 2: 1799), and the fragment Der Tod des Empedokles. He wrote many individual poems including “Die Eichbäume”, “An den Äther”, “An die Parzen”, “Hyperions Schicksalslied” and “An die Deutschen”.

Birth of Friedrich Karl in Berlin. Friedrich Karl was a Prussian prince, the nephew of Kaiser Wilhelm I. Friedrich Karl was trained as a soldier and rose to the rank of field marshal. During the Franco-Prussian War he commanded the 2nd Army who captured the cities of Metz and Orleans and disrupted the French Army of the Loire.

The Bavarian king, Ludwig I, abdicates. He is replaced by his son, Maximilian II.

Birth of Paul von Lettow-Vorbeck in Saarlouis, Germany. Von Lettow-Vorbeck commanded the German forces defending Germany’s African colonies. (Germany had colonies in Africa until the end of World War I but they were taken away by the treaty of Versailles.) He returned to Germany in 1919. When Hitler rose to power, von Lettow-Vorbeck tried unsuccessfully to organize a conservative opposition.

Birth of Walther M. Elsasser (1904-1991) in Mannheim, Germany. Elsasser was a physicist who studied at the University of Göttingen. He then taught at the universities at Frankfurt and Paris before immigrating to the U. S. and taking a position at the California Institute of Technology. Elsasser formulated the dynamo model of the earth’s structure to explain the earth’s magnetic field. Books by Elsasser include The Physical Foundation of Biology (1958), Atom and Organism (1966) and The Chief Abstractions of Biology (1975).

Death of Hermann Müller in Berlin, Germany. Müller was a member of the SPD who served twice as chancellor during the Weimar Republic. He was able to negotiate the Young Plan which somewhat reduced the reparations demanded by the Versailles Treaty. He resigned as chancellor in 1930, unable to deal with the disastrous effects of the depression. 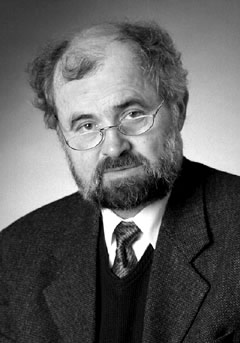 Birth of Erwin Neher in Landsberg, Germany. Neher is a German biophysicist who won the Nobel Prize for Physiology or Medicine in 1991 for research into basic cell function and the invention of the patch-clamp (a method of detecting small electrical currents passing through cell membranes.) Neher studied at the Technical University of Munich, the University of Wisconsin and the Max Planck Institute in Munich. Neher became the director of the Max Planck Institute–Göttingen in 1983.

The Soviet representative to the four power administrative council of Germany, Marshal Sokolowski) walks out of the council. This was the last meeting of the council. 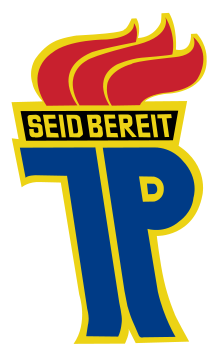 The Junge Pioniere (Young Pioneers) is founded as a communist organization for children in Eastern Germany. The first President is Margot Feist.

Death of Wilhelm Miklas in Vienna, Austria. Miklas was the President of the Austrian Republic from 1928-1938. He resigned his office in 1938 when Austria united with Germany.