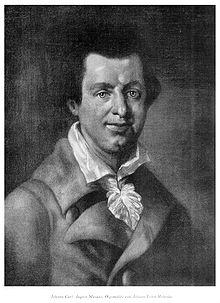 Birth of Johann Karl August Musäus (1735-1787) in Jena, Germany. Musäus was a writer known for his satire and his fairy tales. His Volksmärchen der Deutschen (5 vols. 1782-86) was a vehicle for his satirical bent. 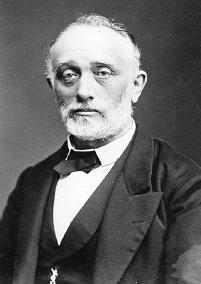 Birth of Ludwig Büchner (1824-1899) in Darmstadt, Germany. Ludwig Büchner was the younger brother of the dramatist, Georg Büchner. He was a physician in Darmstadt, but achieved his position in history through his atheistic and materialistic writings. In his Kraft und Stoff (1855) he denied God, creation by a divine being, and free will. He was convinced that humans are completely material beings. Other publications by Büchner include, Natur und Geist (1857) and Die Stellung des Menschen in der Natur (1869). 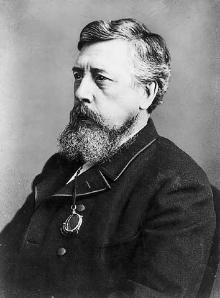 Birth of Wilhelm Liebknecht (1826-1900) in Giessen, Germany. Liebknecht was one of the founders of the Social Democratic Party (SPD). When the Revolution of 1848 broke out in Paris, Liebknecht went to participate. He then returned to Germany to join in the German uprisings. He was arrested and imprisoned. He then moved to Switzerland, but his leadership of the workers movement there resulted in his expulsion. He moved to London in 1849, where he worked closely with Marx and Engels. In 1862 he returned to Berlin, but in 1865 he was expelled by Otto von Bismark. He then settled in Leipzig and joined the Deutscher Arbeiterverein. In 1869 in Eisennach he and his friend August Bebel formed the Sozialdemokratische Arbeiterpartei. After repression by Bismark’s Anti-Socialist Law of 1878 the party reformed in 1891. In that year at a party meeting in Erfurt it adopted a new charter and took on the name, German Social Democratic Party. That party is the direct forerunner of the present day Social Democratic Party (SPD).

Birth of Ernst Jünger in Heidelberg, Germany. He was a German writer. In addition to his political essays, novels and diaries, he is well known for Storm of Steel, an account of his experience during World War I.

Death of Otto Hermann Kahn in New York (born in Mannheim, Germany). A banker, Kahn was stationed at the London branch of the Deutsche Bank. In 1893 he moved to the United States and became a partner in the firm of Kuhn, Loeb and Co. He became a key figure in railroad financial reorganization. When the Metropolitan Opera encountered financial difficulties, he became involved and was a heavy donor. It was he who brought Arturo Toscanini to the company.

Death of the composer, Carl Orff, in Munich, Germany.