Feast Day of St. Florian ( ? – ca. 304) St. Florian was a Roman military officer stationed in Lorch, Austria (at that time Lauriacum in the Roman Empire). Florian adopted the new Christian religion. He refused to give up his faith when arrested during the persecution of Diocletian. He was tortured and finally killed. A stone was tied around his neck and he was thrown into the river Enns where he drowned. The martyr, Florian, was regarded as a saint long prior to the practice of formal canonization by a pope. His feast day is May 4. A millstone, said to be the stone which was tied around Florian’s neck at his drowning, is kept in the crypt of the Church of St. Florian near Linz.

Death of St. Gotthard. St. Gotthard was born in Reichersdorf (Bavaria), Germany in 960. He was educated in school of the Benedictine monastery in Niederaltaich (Bavaria). He continued his studies in Salzburg, Austria. He joined the Benedictine order at the monastery in Niederaltaich and became the Abbot in 996. He was a strong defender of the Cluny reforms and in that spirit took on the reform of the monastery in Hersfeld. He continued thereafter to reform several additional monasteries. He became the Bishop of Hildesheim in 1022. During his lifetime he built 30 churches. Legends tell that he awoke persons from the dead in order to hear their confessions and save their soles. He was canonized in 1131 by Pope Innocent II. He was the first Bavarian to be canonized. His feast day is May 4. His relics are preserved in the Benedictine monastery in Hildesheim. St. Gotthard died on May 4, 1038. The St. Gotthard pass in the Alps is named for him. 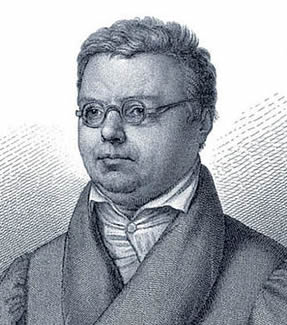 Birth of Friedrich Arnold Brockhaus (1772-1823) in Dortmund, Germany. Brockhaus bought a bankrupt lexicon in 1808 and expanded it into a full encyclopedia, Der große Brockhaus. In 1818 Brockhaus moved his operations to Leipzig where he published, in addition to his encyclopedia, a variety of other reference works, criticism, histories and biographies. After World War II the publishing company, which is still in family hands, was moved to Wiesbaden.

Birth of the philosopher Johann Friedrich Herbart in Oldenburg, Germany. Herbart is one of the founders of the modern science of pedagogy. He studied under Fichte at the University of Jena and while working in Interlaken, Switzerland became a friend of Pestalozzi. In 1808 he was appointed to a chair of philosophy at the University of Königsberg as Kant’s successor. In philosophy he was interested in the philosophy of the mind. He developed a perception of the mind as a collection of a series of sensory units he called “Vorstellungen”. His two primary works on education are Pestalozzis Idee eines A B C der Anschauung (1802) and Allgemeine Puadogogik (1806). In the latter he developed a 5 step approach to learning.

Birth of Ferdinand Sommer in Trier, Germany. Sommer was an historical linguist who did significant work with the Hittite and classical languages. Sommer was sequentially a professor at the universities of Basel, Rostock, Jena, Bonn and Munich. 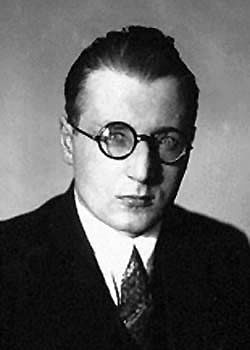 Birth of Fritz von Opel (1899-1971) in Rüsselsheim, Germany. Opel was of the automotive Opel family – the only child of Wilhelm von Opel, and a grandson of Adam Opel, founder of the Opel Company. With Max Valier and Friedrich Sander he did early experiments with rocket propulsion for automobiles and aircraft. He is remembered mostly for his spectacular demonstrations of rocket propulsion that earned him the nickname “Rocket Fritz”.