Death of St. Elisabeth von Thüringen (1207 – 1231). St. Elisabeth was born in 1207 in Hungary. At the age of 4 Elisabeth was engaged to the 11 year old son of the duke of Thuringia. She was sent to Thuringia to be educated as a German in preparation for the wedding to follow one day. But Hermann, her intended husband, died in 1216. Elisabeth was to sent back to Hungary, but the new duke of Thuringia, Ludwig, fell in love with her and they were married in 1221. Elisabeth devoted her energies to caring for the sick, most notably lepers. In the year of famine, 1226, she emptied the granaries to feed the populace. Legends tell of a number of miracles which followed upon her good works. Ludwig participated in the 5th Crusade as a member of the Teutonic Knights (Deutscher Orden) where he grew ill and died. After his death Elisabeth left her home at the Wartburg. She then went to live with her uncle, the bishop of Würzburg. She later left, however, to live life in poverty as a caretaker of the ill in a hospital. She died on November 17, 1231. She was canonized by Gregory IX in 1235. In 1236 the building of the Church of St. Elisabeth started in Marburg. Elisabeth’s remains were then moved to the church. The church soon became one of the most popular pilgrimage sites of the times. She remains a very popular saint in Germany.

Birth of Friedrich Schlosser in Jever, Germany. Schlosser was a very prolific and popular historian, writing in the judgmental and moralistic style in fashion before the application of objective scientific standards to history. He was a professor at the Universities of Frankfurt and Heidelberg. 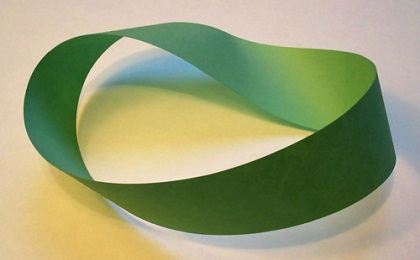 Birth of August Ferdinand Möbius in Schulpforta, Germany. Möbius was an astronomer and mathematician. He is best known for his discovery of the Möbius strip, a non-orientable two-dimensional surface with only one side when embedded in three-dimensional Euclidean space. The Möbius configuration, formed by two mutually inscribed tetrahedra, is also named after him. Möbius was the first to introduce homogeneous coordinates into projective geometry.

Birth of Max Barthel in Dresden, Germany. He was a writer. A factory worker, Barthel was a member of the socialist youth movement; he was a World War I frontline soldier from 1914 to 1918. He was co-founder of the Youth International in the Soviet Union in 1920, and was acquainted there with Vladimir Lenin. 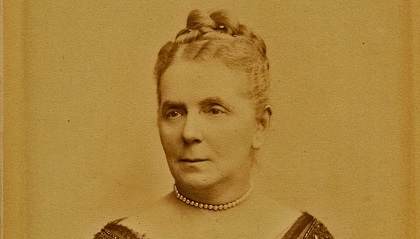 Death of Mathilde Marchesi de Castrone (born Graumann) in London (born in Frankfurt am Main). She was a teacher of operatic singing whose reputation was built on her teaching of the bel canto style. She taught at the music conservatories in Vienna and Cologne.