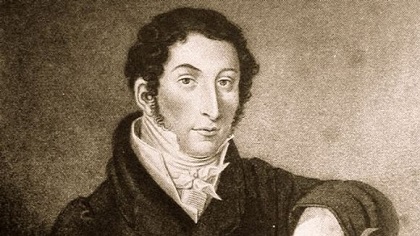 Birth of Carl Maria von Weber in Eutin, Germany. The composer is known primarily for his operas Der Freischütz (1821), Euryanthe (1823) and Oberon (1826). His operas greatly influenced the development of the Romantic opera in Germany. Der Freischütz came to be regarded as the first German “nationalist” opera, Euryanthe developed the Leitmotif technique to a hitherto-unprecedented degree, while Oberon anticipated Mendelssohn’s music for A Midsummer Night’s Dream and, at the same time, revealed Weber’s lifelong interest in the music of non-Western cultures. Weber also wrote music journalism and was interested in folksong, and learned lithography to engrave his own works.

Death of Wilhelm Hauff in Stuttgart, Germany. Hauff was a poet and novelist, but is probably remembered most for his fairy tales. 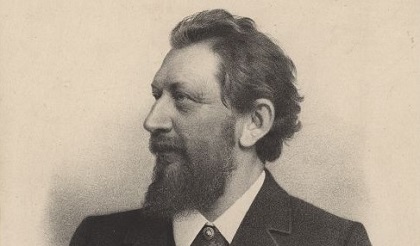 Birth of August Kundt, a German physicist, in Schwerin, Germany. A physicist, Kundt discovered how to measure the velocity of sound in gases and solids. In 1866, he developed a valuable method for the investigation of aerial waves within pipes, based on the fact that a finely divided powder, lycopodium for example, when dusted over the interior of a tube in which is established a vibrating column of air, tends to collect in heaps at the nodes, the distance between which can thus be ascertained. An extension of the method renders possible the determination of the velocity of sound in different gases. This experimental apparatus is called a Kundt’s Tube.

Birth of Richard Dehmel in Wendisch-Hermsdorf, Germany. Dehmel was a poet who explored themes on individualism, social injustice, sexuality and love. Works by Dehmel include Erlösungen (1891), Weib und Welt (1896), and Schöne wilde Welt (1913).

Death of Theodor Gustav Fechner in Leipzig, Germany. The physicist, Fechner was the principal founder of psychophysics (quantitative relations between sensations and stimuli), Elemente der Psychophysik (2 vols. 1860). He was a professor of physics at the University of Leipzig 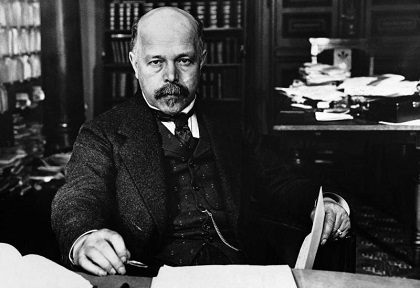 Death of Walther Nernst in Muskau, Germany. He was a German physical chemist and physicist who is known for his theories behind the calculation of chemical affinity as embodied in the third law of thermodynamics, for which he won the 1920 Nobel Prize in chemistry. Nernst helped establish the modern field of physical chemistry and contributed to electrochemistry, thermodynamics, solid state chemistry and photochemistry. He is also known for developing the Nernst equation.

Death of Kurt von Schuschnigg in Riva del Garda, Austria-Hungary (now in Italy). Von Schuschnigg was the Austrian chancellor at the time of the annexation by Germany. He had struggled against the growing Nazi influence in Austria and the coming annexation, but ultimately failed. He was forced to resign on March 11, 1938 as Germany entered the country and was imprisoned until the end of WWII.