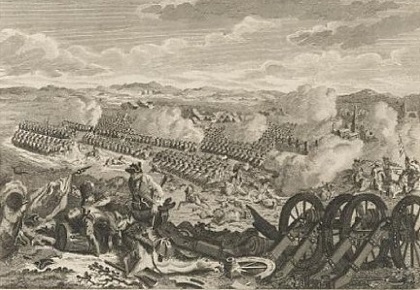 The Battle of Lobositz takes place in the Seven Years’ War (1756-1763) (Siebenjähriger Krieg) between Prussia and Austria and their allies.

Birth of Otto Robert Frisch in Vienna, Austria. Frisch was a physicist who did his doctoral work at the University of Vienna. Working with Niels Bohr in Copenhagen he observed the conversion of bombarded uranium into less complex elements. He named the process fission. He communicated this information to Albert Einstein. Later he came to the United States and was active in atomic research at Los Alamos.

Death of Wilhelm Dilthey in South Tyrol. A philosopher, Dilthey taught at the Universities of Basel, Kiel, Breslau and Berlin. Dilthey was distressed at the deep-seated influence of the natural sciences in contemporary thought. He developed a notion of Geisteswissenschaften. He sought to depart from the methodological ideal of the natural sciences and establish a separate, legitimate methodology for the humanities. Significant works by Dilthey include, Einleitung in die Geisteswissenschaften, and Studien zur Geschichte des deutschen Geistes.

President Roosevelt receives a letter from Albert Einstein raising the possibility of atomic bombs and warning of signs that Germany might be pursuing them. The letter is believed to be “arguably the key stimulus for the U.S. adoption of serious investigations into nuclear weapons on the eve of the U.S. entry into World War II”. President Roosevelt could not take the risk of allowing Hitler to possess atomic bombs first. As a result of Einstein’s letter and his meetings with Roosevelt, the U.S. entered the “race” to develop the bomb, drawing on its “immense material, financial, and scientific resources” to initiate the Manhattan Project. It became the only country to successfully develop an atomic bomb during World War II.

Birth of Günter Wallraf in Burscheid, Germany. Wallraf was one of the leading Catholic scholars on the subject of codetermination.

Walther Funk, the president of the Reichsbank during WWII, is sentenced to life in prison by the Nürnberg trials. He was released in 1957. 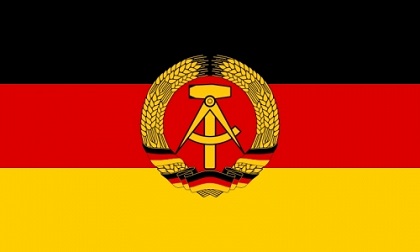 A new East German (DDR) flag is introduced. It features a hammer and a compass surrounded by a ring of rye. The hammer represented the workers in the factories. The compass represented the intelligentsia, and the ring of rye – the farmers. The display of the national emblem was for some years regarded as unconstitutional in West Germany and West Berlin and was prevented by the police. Only in 1969 did the West German government of Willy Brandt reverse this policy in what was known as Ostpolitik.

Due to divisions between the parties, the FDP leaves the coalition with the CDU/CSU and a vote of no confidence results in the end of the leadership of the SPD and the end of the service of Chancellor Helmut Schmidt.

Helmut Kohl becomes the German Bundeskanzler. His political party is the CDU. He was the longest serving chancellor in the Federal Republic of Germany.

The agreement is signed whereby the Allies of World War II return full sovereignty to Germany as of the agreed to unification date of October 3.