Death of George II in London (born in Hanover). George II followed his father, George I as Elector of Hanover (Holy Roman Empire) and King of England. George II was born in Hanover, Germany like his father and grew up on the continent. Unlike his father, he learned English before he became king of England. A lover of music, he was the patron of George Friedrich Händel, whom he brought to London. He was succeeded by his grandson, George III, who fought to retain the American colonies. 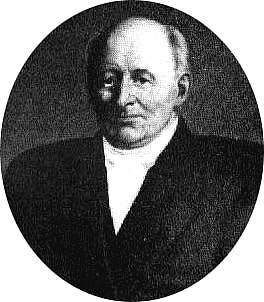 Birth of Samuel Heinrich Schwabe in Dessau, Germany. Schwabe was an amateur astronomer who was the first to observe that sunspots pass through a cycle of 10 years. Schwabe was trying to discover a new planet inside the orbit of Mercury which was tentatively called Vulcan. Because of the proximity to the Sun, it would have been very difficult to observe Vulcan, and Schwabe believed one possibility to detect the planet might be to see it as a dark spot when passing in front of the Sun. For 17 years, from 1826 to 1843, on every clear day, Schwabe would scan the sun and record its spots trying to detect Vulcan among them. He did not find the planet but noticed the regular variation in the number of sunspots and published his findings in a short article entitled “Solar Observations during 1843”. Schwabe’s observations were afterwards utilized in 1851 by Alexander von Humboldt in the third volume of his Kosmos. The periodicity of sunspots is now fully recognized; and to Schwabe is thus due the credit of one of the most important discoveries in astronomy. In 1857 Schwabe was awarded the Gold Medal of the Royal Astronomical Society. 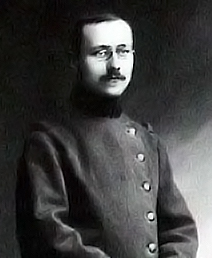 Birth of Max Stirner (pseudonym of Johann Kaspar Schmidt) in Bayreuth, Germany. Stirner was a philosopher in whom 19th and 20th century anarchists have found inspiration. His most widely know book is Der Einzige und sein Eigentum of 1845. He had worked extensively with Adam Smith’s Wealth of Nations and in his own views gave the ultimate primacy to individualism.

Birth of Carl Ferdinand Walther in Langenchursdorf, Germany. Walter was a highly conservative Protestant theologian. In 1839 he immigrated to Missouri, U.S.A. There, he founded the Missouri Synod of Lutheranism. He had gained his education at the University of Leipzig.

Birth of Johann Strauß (the younger) (the Waltz King), in Vienna, Austria. Beloved Strauß works include An der schönen blauen Donau, Künstlerleben, Geschichten aus dem Wienerwald, Wein, Weib und Gesang, Wiener Blut and Die Fledermaus. His father had not wanted him to go into music and he started his life as a bank clerk, but behind his father’s back he started his own orchestra. It was after his father’s death that he devoted his career wholly to composition.

Death of Sir Charles Halle (original name Carl Halle) in Manchester, England (born in Hagen, Germany). Halle studied music in Darmstadt and Paris. In Paris he became friends with Frederic Chopin, Franz Liszt and Hector Berlioz. During the revolution of 1848 he fled to England. In 1858 he founded the famed Halle orchestra which he conducted for the remainder of his life. He was knighted in 1888.

Birth of the “Butcher of Lyon”, Klaus Barbie, in Bad Godesberg, Germany. Barbie was the head of the Gestapo in Lyon from 1942-1944. He had 4,000 people executed and over 7,000 deported. After WWII American forces employed him in counterintelligence and then moved him to Bolivia where he led a life as a businessman named Klaus Altmann. He was found in 1972 and extradited to France. In 1987 he was tried in Lyon for crimes against humanity and sentenced to life in prison. 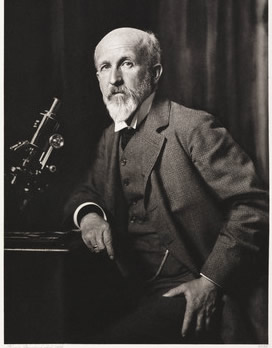 Death of Oskar Hertwig in Berlin, Germany. Hertwig was an embryologist and cytologist. He was a professor of anatomy at the University of Jena and later at the University of Berlin. He did extensive work on the nuclear transmission of heredity. He was the first to recognize that fertilization is achieved at the fusion of the nuclei of sperm and ovum.

Suicide of Robert Ley in prison in Nürnberg, Germany. Ley was the Nazi who was in charge of labor for Hitler. He was involved in the arrangement of slave labor during World War II. It was he who abolished labor unions in Germany. He was arrested as a war criminal in 1945 but hanged himself before he was tried.

Death of Hans Knappertsbusch in Munich, Germany. Knappertsbusch followed Bruno Walter as the director of the Bavarian State Opera in Munich. Knappertsbusch, who refused to join the Nazi Party, was removed from his position in Munich in 1936. He then accepted a position in Vienna as director of the Vienna Philharmonic, but, of course, the Nazis were soon in power there too. After World War II he returned to his post at the Bavarian State Opera. He was also frequently a conductor at the Bayreuth Festivals.