Death of Friedrich III in Heidelberg, Germany. Friedrich was also called “Friedrich der Fromme”. He was the elector of the Palatine of the Rhine. He became a Protestant in 1546. He assisted the development of Protestantism in Germany, France and Holland. 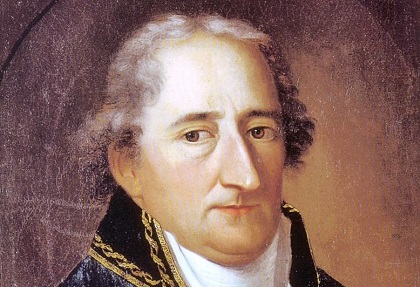 Birth of Karl Reichsfreiherr vom und zum Stein in Nassau an der Lahn, Germany. Stein was chief Prussian minister from 1807-1808 and personal counselor to the tsar of Russia, Alexander I, from 1812-1815. Drawing on the experience of the English self government, Stein developed a philosophy of the desirability of an “organic relationship” between the state and its people. The population, he felt, should have participation in a sense of responsibility for the state. Stein put his ideas on civil liberty and organization into practice while chief minister in Prussia.

Birth of Helmut von Moltke in Parchim, Germany. General von Moltke was the mind behind the Prussian victories in the wars against Denmark (1864), Austria (1866) and France (1871). He was the first to recognize the strategic significance or railways in war. He worked closely with Otto von Bismarck in these undertakings. 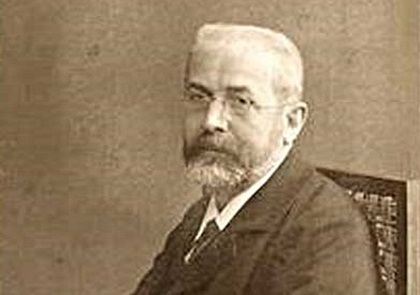 Birth of Georg Frobenius in Berlin, Germany. The mathematician, Frobenius pioneered group theory in mathematics. He was a professor of mathematics at the University of Berlin.

Birth of Willy Bretscher in Winterthur, Switzerland. Bretscher edited the Neue Züricher Zeitung from 1933-1967. Bretscher was opposed to the Nazis. In 1934 his paper announced that the Nazis themselves, not the communists had burned the Reichstag (not true as it turns out) and as a result the paper was banned from Germany.

General Ludendorff resigns since U. S. President Wilson had agreed to negotiate a peace with Germany on the basis of his 14 points only if negotiations were not with the “military dictatorship”.

Death of Charles Proteus Steinmetz (original name Karl August Rudolf Steinmetz) in Schenectady, NY (born in Breslau, Germany (now in Poland)). Steinmetz was an electrical engineer who was educated at the University of Breslau. In 1889 he immigrated to the United States. At age 27 he developed the “law of hysteresis loss”, a major step forward in electrical design. His other great contribution to the development of the use of electricity was in the area of calculations in alternating current. His work on this subject is presented in his book, Theory and Calculation of Alternating Current Phenomena (1897). He was president of the American Institute of Electrical Engineers from 1901-02.

On this day the service of Helmut Kohl as German Chancellor came to an end. With the opening of parliament on this Monday Dr. Kohl ended his 16 years in office. He was the longest serving chancellor in the history of the Federal Republic of Germany.