Death of Suidiger (Pope Clement II), the second German pope. Suidiger had been the bishop of Bamberg. He was installed as pope by the German king, Heinrich III on December 25, 1046. There had been three rivals claiming the office of pope when Heinrich III arrived in Rome. He deposed all three and installed Suidiger as Clement II.) Clement II is most noted for his efforts to eliminate simony (the buying and selling of church offices). He convoked the council of Rome in 1047. He died in 1047. He was buried at Bamberg and is the only pope to be buried in Germany.

Birth of Johann von Segner in Pressburg, Hungary (now Slovakia). He discovered the concept of surface tension. He taught physics at the Universities of Jena, Göttingen and Halle. He died in 1777 in Halle.

Birth of Georg Waitz in Flensburg, Germany. An historian, he developed the school of medievalists at the University of Göttingen. He was the leading practitioner of Leopold von Ranke’s critical methods. He also did extensive work on German constitutional law. 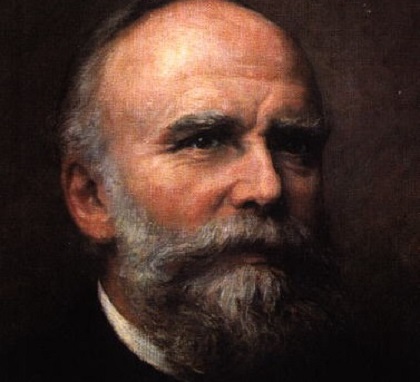 Birth of Eugen Langen in Cologne, Germany. He worked with Nikolaus Otto on the development of internal combustion engines. He designed the idea of an overhead monorail. (One was built in Wuppertal, Germany in 1901.)

Death of Karl Friedrich Schinkel in Berlin, Germany. Schinkel was a painter and architect. He became the state architect of Prussia in 1815. He designed the Altes Museum, the mausoleum for Königin Louise and the Werderschekirche in Berlin. He was also active in city planning in Berlin.

Birth of Emil Fischer in Euskirchen, Germany. He was given the Nobel Prize in Chemistry in 1902 for work on sugars and purines. He was professor of chemistry at the University of Berlin. 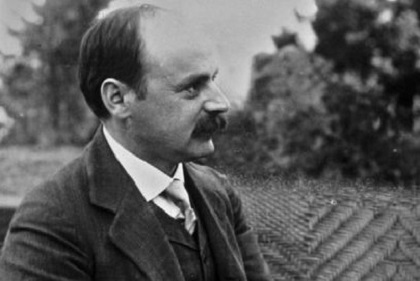 Schwarzschild accomplished this triumph while serving in the German army during World War I. He died the following year at the age of 43. Asteroid 837 Schwarzschilda is named in his honor.

Death of Hugo Preuss in Berlin, Germany. Preuss, a political theorist, was the primary author of the constitution of the Weimar Republic (Germany between WWI and WWII).

Death of Otto Benhagel in Munich, Germany. Benhagel was a professor of German at the universities of Heidelberg, Basel, and Giessen. His most noted work is the compilation of a four volume work on German language usage from the 8th through the 20th centuries, Deutsche Syntax (1923-1932). He also wrote Die deutsche Sprache (1886) and Geschichte der deutschen Sprache (1901).

Death of Nicolai Hartmann in Riga, Latvia. Hartmann, a philosopher was a professor at the universities of Marburg, Cologne, Berlin and Göttingen. He started his career as a Neo-Kantian but drifted away from those ideas by the time of the publication of his Neue Wege der Ontologie (1942). 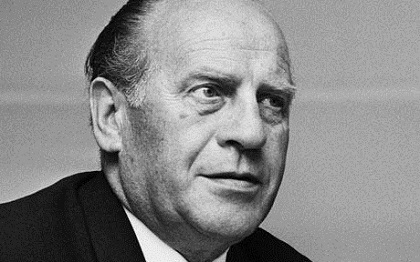 Death of Oskar Schindler, a remarkable man who miraculously saved more than 1,200 Jews from the gas chambers during WWII.

Death of Anna Freud in London (born in Vienna) . She was the youngest daughter of Sigmund Freud. She started her adult life as an elementary school teacher and observed the children with an interest in psychology she had learned from her father. She became the founder of child psychoanalysis. In 1938 she fled Austria with her father and settled in London.

Death of Felix Wankel in Lindau, Germany. He is the inventor of the Wankel engine, a rotary design automobile engine bought and developed by Mazda.

There are mass demonstrations in Leipzig. The chant for the evening is, “Wir sind das Volk”. 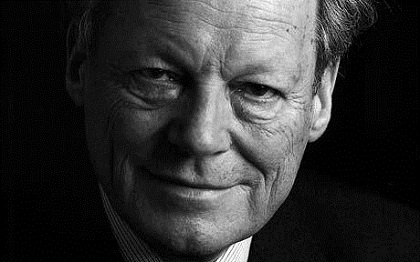 Willy Brandt (Herbert Ernst Karl Frahm) dies in Unkel, Germany. He had just started university studies when, in 1933, the Nazis came to power. As a Social Democrat, he was under pressure and fled Germany. It was at that time that he took the name Willy Brandt. He spent the duration of World War II in Norway and Sweden. He returned to Germany at the end of the war and was elected to parliament in 1949. In 1957 he became the mayor of West Berlin (1957-66). While he was mayor the Berlin Wall was built. He became the foreign minister and vice-chancellor in the “Grand Coalition” in 1966. In 1969 he became the chancellor. As chancellor he pursued the “Ostpolitik” and laid the groundwork for the eventual reunification of the two Germanys. He resigned as chancellor in 1974 when he learned that a close aid, Gunther Guillaume had been functioning as a spy for East Germany. He won the Nobel Prize for Peace in 1971.

Clemens August Graf von Galen (1878-1946) is beatified by Pope Benedict XVI. Von Galen was the Bishop of Münster during the dictatorship of Adolf Hitler. He openly opposed policies of the Nazis as an affront to human dignity.