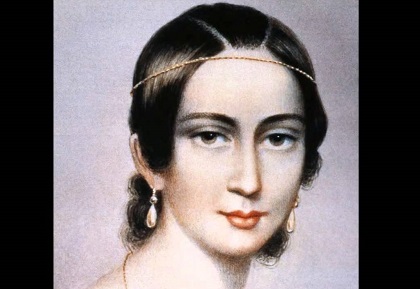 Birth of Clara Schumann in Leipzig, Germany. Schumann was a composer and the outstanding pianist of her century. Born Clara Wieck, she married the composer Robert Schumann in 1840 and took his name. The couple had 8 children. Clara and Robert were close friends with Johannes Brahms.

Death of Ludwig Andreas Feuerbach in Rechenberg, Germany. Feuerbach was a philosopher who had far reaching influence on the thought of the 19th and 20th centuries. He developed a view of the essence or religion as anthropological.

Birth of Arnold Schönberg in Vienna, Austria. Schönberg was the composer who developed the 12 tone scale. Alban Berg and Anton Webern are two of his students. In 1933 the rising Nazi powers dismissed him from his position at the Academy of the Arts in Berlin and he fled to the United States where he became a professor at USC and UCLA in California.

Birth of Leopold Ruzicka in Vukovar, Austria-Hungary (now in Croatia). Ruzicka became a Swiss citizen and a professor of chemistry at the Swiss Federal Institute of Technology. He won the Nobel Prize for Chemistry in 1939 for his research on ringed molecules and terpenes. He was also the discoverer of the molecular structure of testosterone and was able to synthesize it. 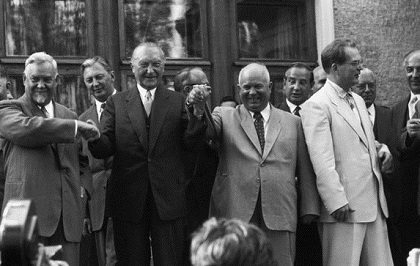 German chancellor, Adenauer, concludes a visit to Moscow. The negotiations led to the initiation of diplomatic relations between West Germany and the Soviet Union. As a result of these discussions the last of the WWII German prisoners of War are to be released. (Some, however, remained in Soviet prisons until the 70’s.)