Birth of Karl Philipp Moritz in Hameln, Germany. A novelist, Moritz is remembered primarily for Andreas Hartknopf and Anton Reiser which give insight into the period in which he lived.

Birth of the historian, Heinrich von Treitschke, in Dresden, Germany. Treitschke was a professor of history and political science at the Universities of Leipzig, Freiburg, Kiel, Heidelberg and Berlin. He was a strong advocate of German unification as a rebirth of the Holy Roman Empire under Prussian leadership. His philosophy of political structure was authoritarian. 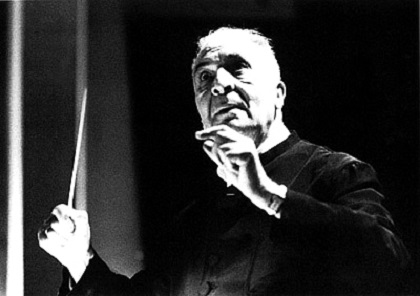 Birth of Bruno Walter in Berlin, Germany. Walter was a leading orchestral conductor of his day. After establishing a reputation in Cologne, Berlin, Vienna and Leipzig he moved to the United States (1939) where he conducted in New York. 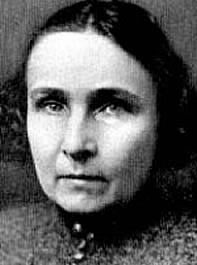 Birth of Ina Seidel in Halle, Germany. She was a German writer who wrote numerous poems, novels, essays, and memoirs. Her major contribution to the fairy‐tale tradition in Germany was Das wunderbare Geissleinbuch (The Wonderful Book about the Little Kids, 1925), which has the subtitle ‘New Stories for Children who Are Well-Acquainted with the Old Ones’. Seidel portrays a child who visits the seven kids and their mother, and he encounters other characters from the Grimms’ tales in adventures that do not involve magic, bewitchment, and punishment. In this way Seidel sought to modernize the Grimms’ tales and make them more cheerful and soothing for young children. During the difficult post‐war years in Germany, parents and educators were attracted to the non-violent nature of the book, which was reissued in 1949, and remained very popular until the early 1960s. 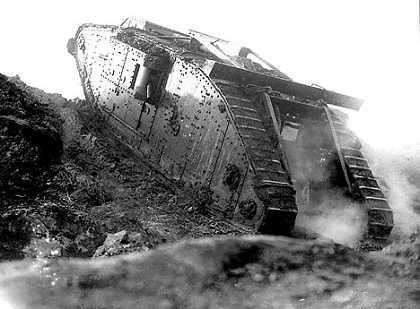 The British use tanks for the first time in WWI. The British were pioneers in the field of armored warfare during World War 1 – producing the world’s first practical combat tanks in 1916. Early work began under the leadership of the British Admiralty and Lord of the Admiralty Winston Churchill to produce the limited but evolutionary “Little Willie” landship of 1915. The Little Willie showed that a track-laying armored vehicle could effectively be utilized on a larger scale through a more refined design. While the Little Willie was largely a prototype in nature, a succeeding design was already under construction by late September of 1916.The design came to be initially known as the “Centipede” though “Mother” became closely associated with the type’s existence later on. Some also knew it as “Big Willie” in reference to its relationship to the preceding design. At any rate, the full designation was “His Majesty’s Landship, Tank Mk I”. The word “tank” was used to disguise the true nature of the beast, intended to promote a rather non-military industrial water tank role for the design.

Death of Anton Friedrich von Webern in Mittersill, Austria. Von Webern studied music at the University of Vienna where he earned the doctorate in 1906. As early as 1904 he had been a private student of Arnold Schönberg. He was an early user of Schönberg’s 12 tone scales. Von Webern stayed in Austria after the German annexation but was not able to produce since contemporary music of the sort he wrote was termed “degenerate” and forbidden. In 1945 he and his wife, fearing the approaching Russian army, fled Vienna to a small town near Salzburg. There he was accidentally shot to death by a U. S. soldier. Von Webern was a prolific composer of instrumental works, vocal works and “Lieder”.

Death of Erich Mendelsohn in San Francisco (born in Allenstein, Germany). Mendelsohn, who was associated with the “Blaue Reiter” group of Expressionists in Munich, led in Expressionism in architecture. He studied at the Technical Academy in Munich. In 1919-1921 he built the Einstein Tower in Potsdam. He left Germany in 1933 with the rise of the Nazis and immigrated to the United States where he made his home in San Francisco. Significant Mendelsohn buildings are in St. Louis, Cleveland, Grand Rapids and St. Paul.

The third parliamentary elections are held in West Germany. The CDU/CSU gets 50.2% of the vote, the SPD 31.8%, the FDP 7.7%. Konrad Adenauer remains the chancellor.